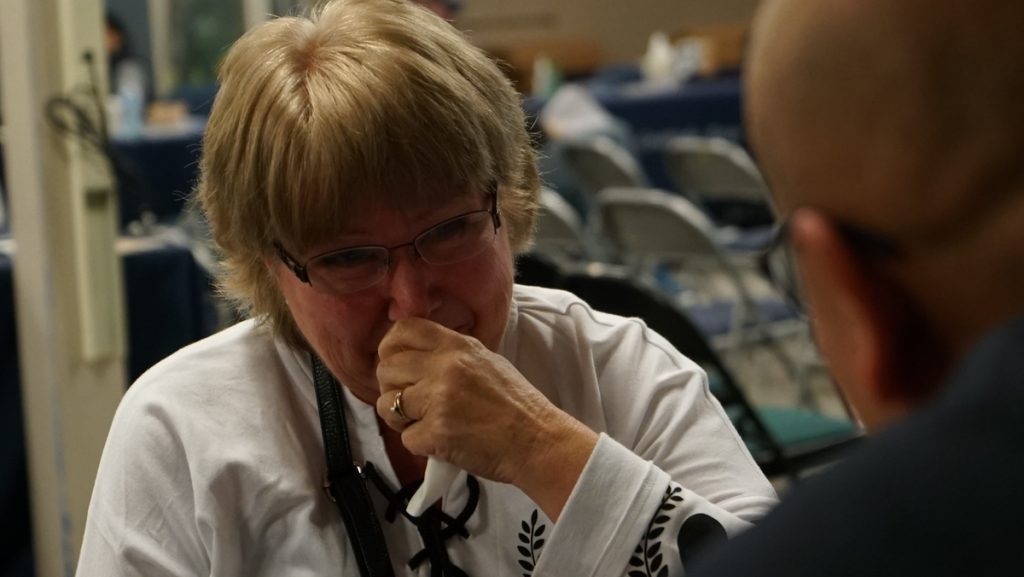 “It’s got both of my grandmas’ middle names,” former Paradise resident Leetta Bailey beams. Her first name is a combination of Lee and Etta.  It’s a nod to memory and legacy; two things that have now become deeply colored by the Camp Fire.

Leetta’s home- and the town that surrounded it- burned down in the Fire and she and her husband have been living in a Rio Linda RV park, by Sacramento, ever since.  They’d heard about financial resources being given to Camp Fire survivors at the Chico Disaster Recovery Center and made the over 1.5 hour drive over.

There, Leetta visited Tzu Chi USA’s booth.  She received a Da Ai eco-blanket and pre-loaded debit card to use on behalf her and her husband.  Sitting across from CEO Han Huang, who was helping her, Leetta burst into tears hearing it had $500. 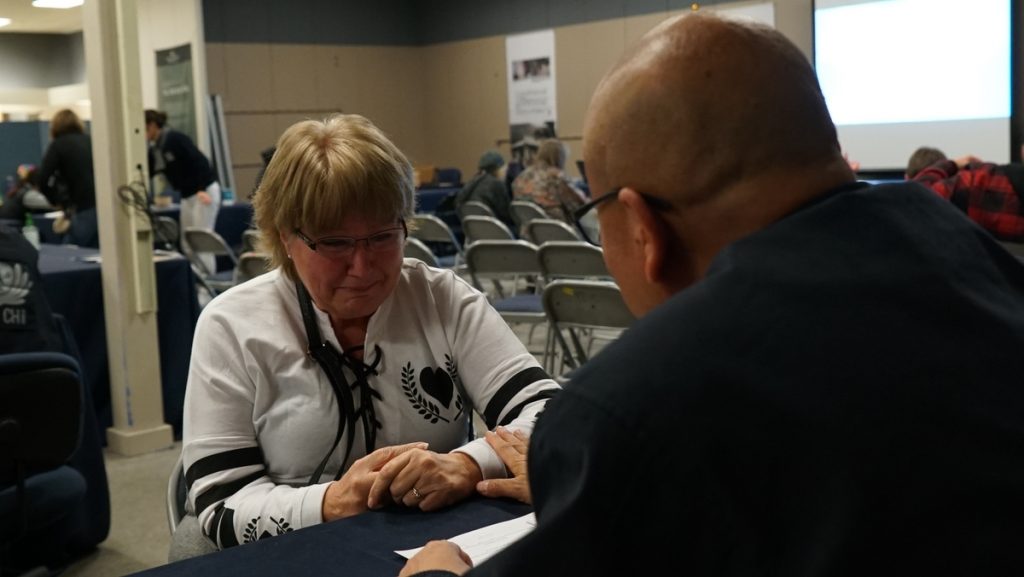 I was just told to come over here, I was just not expecting this… a $25 gift certificate, maybe?

Her reaction spoke to a deeper pain; one that was vivid and still fresh.

The morning of the fire, her brother, who lived just ten minutes further, called to have Leetta and her husband retrieve their RV, parked at his place.  The couple left the house and saw no signs of smoke.

“We got in our truck, and we thought we’d just go there real quick, hitch up the RV, and bring it back over to our place,” Leetta described.  But, within minutes, black smoke was everywhere. They quickly hitched up their RV to their truck, and as soon as they turned onto Pentz Road, they were trapped.

There were power lines, trees down, there was several of us cars trapped, we couldn’t even get out anywhere. The flames were higher than the trees on both sides of us.

With no way out, and with Leetta’s husband physically unable to run because of a disability, the Baileys believed “it was over for us… we called on our phones and told our children, ‘goodbye.’”

Altogether, there have been 85 confirmed deaths from the Camp Fire.  The Baileys surely, but narrowly escaped that number.

“I don’t know how it happened, but a fire truck got to us… he fought the flames for over 2 hours keeping the flames off of all of us,” said Leetta.  Behind them, too, was a line of cars waiting to be rescued, honking loudly.

“Finally, after about two hours, they turned us around to direct us over to the Kmart parking lot,” she recounted.  For many of the cars behind them, however, it was two hours too late.

“All those cars that were behind honking their horns, they were gone… we were passing burned up cars, all along the road,” sobbed Leetta; “they had us there for five hours, 200 or more cars in that lot… we just kind of all sat there and watched the town burn down.”

The disaster had been a family affair.  Both Leetta’s mom and brother, both alive and relocated, lost their respective homes, and her family cat died in the flames.  “It’s going to be a great loss,” she says.

Still, Leetta counts her lucky stars: “I’m not saying woe is me, cause we all… the whole town has got their own story.”  But, return to Paradise one day, after all of this?

What she will do going forward though, is put her new debit card toward an apartment rental.  “Y’all don’t know how much this is gonna help us. I just… thank you,” Leeta grins. Her eyes are dewy as she looks all around her, clutching her blanket.  She is hopeful. 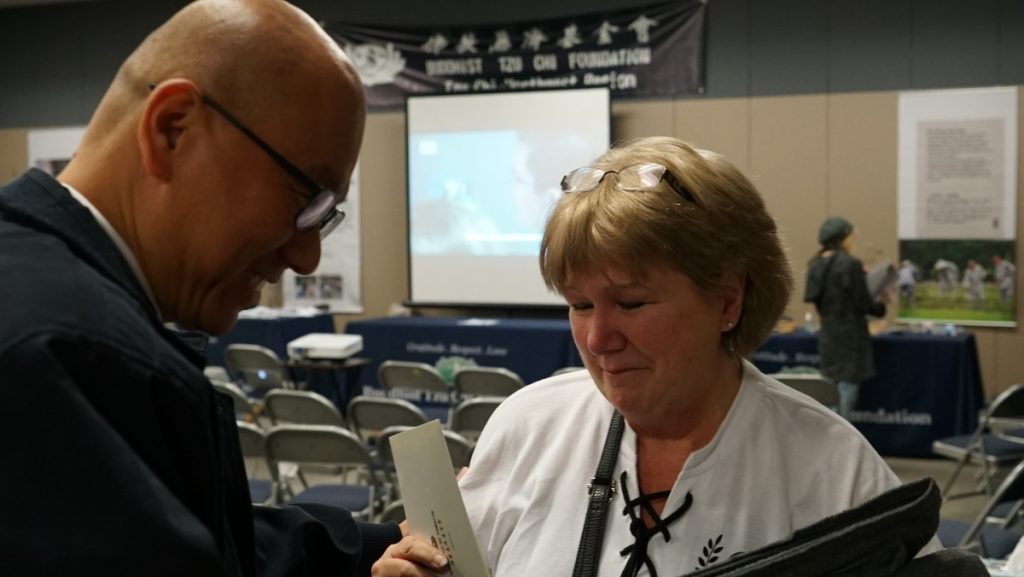 Someday, I’ll pay it forward. I promise you.

Our aid after disaster gives families like Leetta’s a value far greater than any dollar amount: it gives them hope.  With your help, we know we can give that to those who face some of the greatest traumas of their lifetimes and sow the seed of compassion in the process.

Help us heal, with hope.