The Valley Fire Causes Extensive Damage in the Jamul Area

Firefighters finally contained the Valley Fire on September 24, yet some residents had already lost their homes to the flames. For others, food supplies had spoiled due to prolonged power outages. Since many households have been stocking up on food during the pandemic while concurrently enduring income losses, the need to replenish these supplies would put an additional strain on already stretched finances.

However, even before Cal Fire had the Valley Fire under control, Tzu Chi USA volunteers in San Diego had set the wheels in motion to deliver aid to those affected by the wildfire and held a distribution at Jamul Intermediate School on September 20.

Tzu Chi volunteers chose Jamul Intermediate School as the site for the distribution, which would proceed outdoors. Volunteers from Tzu Chi USA’s San Diego Service Center also invited a team of volunteers from Tzu Chi Collegiate Association to assist during the event. For everything to proceed smoothly and safely during the pandemic, the volunteers arrived an hour in advance to set up. They then served the wildfire survivors individually at the distribution station to help maintain social distancing.

The team of volunteers welcomed care recipients like friends, attentively listening as they shared their stories and needs. Aware that families had been subject to emergency evacuations and brought little with them to their assigned temporary shelters, Tzu Chi’s aid included essential supplies in addition to a cash card. Volunteers thus gave out eco-blankets, masks, hand sanitizers, detergent, Jing Si Instant Rice, and more. At the same time, they shared about Tzu Chi’s missions and read the letter of condolences from Dharma Master Cheng Yen.

On their part, the young Tzu Chi Collegiate Association volunteers introduced Tzu Chi’s bamboo bank story to care recipients, who learned that from such humble beginnings, Tzu Chi now has volunteers helping those in need in 102 countries and regions around the world. They also told them that the eco-blankets they received are made from plastic bottles sorted and recycled by Tzu Chi volunteers, then explained Tzu Chi’s mission of encouraging environmental protection in daily life.

Reviving a Connection Born a Decade Ago

Eliseo Villa, one of the Valley Fire survivors who came to the distribution at Jamul Intermediate School, was a beneficiary of Tzu Chi’s aid after a previous disaster in the area over a decade ago. He was truly glad to renew the connection in 2020.

When I saw you guys, I was like, ‘Oh, Thank you!’ Because I know you guys always try to help as much as you can. So, I got so happy!

Eliseo recounted to Tzu Chi volunteer Mark Ostrander how the smoke from the Valley Fire was choking and made it hard to breathe, so everyone in the area evacuated to a nearby city and waited for the fire’s containment before returning home.

Although the fire didn’t damage Eliseo’s house, the entire neighborhood was out of power throughout the weekend, and all the food in his refrigerator had spoiled. Replacing it and returning to normal was challenging since he didn’t have any income for a week, and the bills were piling up. The aid from Tzu Chi USA was of great help at this challenging time.

Kathy Bounous came to seek assistance at the distribution with her daughter Savannah. She told volunteers how nervous and afraid she had been while the Valley Fire was approaching. Savannah had sounded the alarm after seeing smoke from the wildfire rising at the peak of a nearby mountain. While Kathy’s husband was optimistic and didn’t feel an urgent need to evacuate since he had seen fire close by in the mountains before, Kathy was of a different mind.

When Kathy observed that the wildfire was coming closer fast and burning fiercely, she told her family to get ready to leave. They received a first Reverse 9-1-1 public alert message to evacuate within 30 minutes, and then it was a wild scramble to get out. Kathy explained, “I have two kids, ten dogs, 11 cats, and six rabbits we have to pack up. The next thing I know, we started getting things together; we thought we had a little bit of time. I got another reverse 911 call ‘You have 15 minutes, get what you can get and get out now.’ Sorry, we both got chills. Sorry…”

The memory still vivid, Kathy got emotional as she shared the rest of the story, wiping away her tears as she continued, “this gets really dramatic…” They had to get a trailer hooked up to their truck, but since it was 114 degrees that day, her husband suffered heat exhaustion while doing it. Then, there wasn’t enough space for the whole family, including the animals. Fortunately, this part of the story ends well since a friend helped transport one and all to safety.

Kathy expressed her gratitude for all the assistance Tzu Chi USA was giving, which she had not anticipated. She was incredibly thankful for the eco-blankets since the family needed blankets while being housed in an emergency shelter.

Megan Moriarty and April Dewart, two other Valley Fire survivors, came to the distribution together and, while receiving aid, also shared with volunteers about the fears they had to surmount while evacuating within minutes and what has happened since as a result of wildfire.

Disaster aid such as this makes a world of difference in the lives of families impacted by wildfires, who face great uncertainty and stress. The pandemic further compounds the hardships they must endure. By working together, we can bring timely relief. Please support Tzu Chi USA’s missions, and let’s be their light at the darkest moments.

Kindness and compassion are our guiding principles, to be propagated with the spirit of joy and selfless giving. 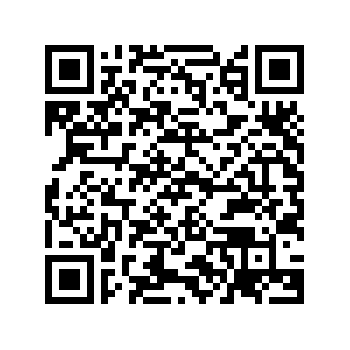