On the night of August 15, 2020, residents in Northern California awakened suddenly to the piercing sound of thunder ripping through the sky. Soon after, in the early morning before dawn on the 16th, thunderstorms over Santa Cruz, located 30 minutes south of the San Francisco Bay Area, produced more than 2,500 bolts of lightning.

In combination with a heatwave and high wind conditions affecting the area, the lightning quickly ignited 20-30 wildfires in the redwood forests of the Santa Cruz Mountains. By August 17, several raging fires were spreading rapidly, so the California Department of Forestry and Fire Protection (Cal Fire) used helicopters to call for immediate evacuations, and thousands of residents fled their homes.

Cal Fire eventually evacuated 77,000 residents due to the CZU Lightning Complex fires, many of them from the communities of Boulder Creek and Bonny Doon, where numerous structures and homes were severely damaged or destroyed. Volunteers from Tzu Chi USA’s Northwest Region branch began providing disaster relief in the area on September 13, with subsequent distributions on September 19, 26, and 30, and a fifth on October 10.

On October 10, a team of 21 Tzu Chi volunteers arrived at the Santa Cruz County Government Building to distribute cash cards for the fifth time, hoping the financial assistance would provide immediate relief for those affected by the CZU Lightning Complex wildfires. They found that many evacuees were staying with relatives; others still lived in hotels; some had rented temporary homes; others now lived in trailers. No one knew when they would be allowed to return and rebuild their homes, which had been destroyed or severely damaged.

As they met with Tzu Chi volunteers, many care recipients described their evacuation journey during the raging wildfires and, sadly, the sight of many of America’s beloved towering redwood trees aflame along their route to safety.

With an artistic vibe that persists until this day, James Bair moved to Santa Cruz 30 years ago as a young man. At the time, many communities here were secluded and boasted gorgeous scenery, especially Bonny Doon, where it was all wilderness and an abundance of majestic redwood trees. Unfortunately, the surrounding forest heightened the area’s vulnerability to wildfires, which James witnessed firsthand on the night of his escape from the inferno:

Approximately 3:30 in the morning, I’m guessing, I actually woke up because of the sound of the fire... It was the sound of the roar and the crack; it brought me out of my sleep. I was like, ‘what the heck?’ And I looked outside the window and just saw the dark red of the sky. It happened so fast that the sheriff hadn’t even arrived with the evacuation yet. I looked for my cat, found him, luckily he was close by, I threw him in my truck. And I had an emergency backpack with my passport, important things, so I got that, and that’s all I had time for. Just as I was leaving, the sheriffs were coming up the road at that point with the sirens blasting, and they were going up each driveway to make sure no one was still sleeping. So that’s the time I paused to take the photo, and I left.

James reached for his cell phone to look up the photos he took that night and show them to the volunteers providing disaster aid. In the pitch-black darkness of the night, the red flames stand out, engulfing the giant trees like a monster. The photos James had taken after this only showed torched black forests with a few scattered remains of greenery and trees – in one shot after another, as he scrolled through for the volunteers to see.

The CZU Lightning Complex fires burned his home to the ground, leaving nothing but ashes to sift through. While collecting information about what to do next, James learned about Tzu Chi USA through a social media post by the former mayor of Santa Cruz: “There’s a webpage on Facebook dedicated to our area, Bonny Doon, and actually it was Mayor Ryan Coonerty, he had posted saying this is a fantastic resource; everyone should contact you if they’re in need.”

James also shared with the volunteers that although he would not call himself a Buddhist, he’s been practicing meditation for 30 years. He believes in the Four Noble Truths that the Buddha taught about the nature of suffering, which stems from craving and attachment. The experience of having lost everything he owns has only deepened James’s appreciation of this ancient wisdom and gratitude for having encountered it in his life. It will now surely help him navigate the emotions arising as a result of his losses, which can be difficult to bear.

Debra Baker is a single mom who moved from San Jose to Santa Cruz with three young children more than 20 years ago. After her kids had grown up and left home, she lived in Bonny Doon on her own. Over the years, she had evacuated due to wildfires before, but her home only suffered minimal damage occasionally. Unfortunately, this time, her home was not spared during the inferno, and the local authorities informed her that her house had burned down.

Despite her devastating material losses, Debra remains optimistic, affirming that she believes that everyone will eventually return to the area. It may take many years, but she holds on to the conviction that her friends will come back. After everything she has been through, she is still full of hope. Moreover, besides the cash cards they received as financial assistance, the gifts care recipients got helped bolster their faith in the future that lies ahead.

At this distribution, each care recipient received a gift package containing cloth masks and a handmade greeting card. When one opened the card, a flying paper crane, a symbol of peace, stood up in its center. The cards displayed messages aiming to comfort the recipient, helping to ease the intensity of their emotional suffering, thereby bringing a sense of peace to their mind.

Julia Daniels is a high school chemistry teacher. As a wife and mother, she struggles to overcome the pain of helplessly watching her beloved family suffer after losing everything. Nonetheless, she picked herself up and started working two jobs while still keeping up with all the tedious errands and phone calls required when one is recovering after a major disaster.

On the surface, Julia appeared on top of it all, but the more she talked about losing her home and how everyone was trying their best to cope, she grew despondent. A range of emotions began to well up, which she tried to articulate to the volunteers. Yet in the end, it was her sense of gratitude that came through the most as the words gushed out in a stream:

... thank you for supporting us, and being here, and the letters, and the things that you gave to me, oh my gosh, it’s really touching, and it really adds to the feeling of being taken care of, and being helped, and loved by the community, and that’s huge because we’re all one. All of us, we’re in this together.

Julia added that through it all, helping others made her feel good. Right now, she’s helping one of her co-workers, a 26-year-old biology teacher who came from Boston and is entirely on her own in Santa Cruz. The young woman hurt her knee so badly that she can’t walk or drive, so Julia volunteered and now brings groceries to her, and offered rides to doctor’s appointments.

Altaira Hatton thoroughly enjoyed living near the mountains, having just moved to Boulder Creek in February of this year. On August 18, she and her wife took their dogs and went for a picnic an hour away from home. They hoped to get some fresh air at the beach since smoke from one of CZU Lightning Complex fires near Pescadero had reached their area. Out of prudence, they brought their laptop computers and an emergency bag with them.

When they left, they saw some fire trucks driving up, but there was no fire activity visible in their area. And yet, later that afternoon, when they were ready to go home, they received text messages from local authorities asking residents to evacuate as soon as possible. The couple felt relieved that they had the foresight to bring their emergency bag and computers and soon found a hotel in Pacific Grove where they could stay temporarily.

Once the fire was contained, they went back to check on their home and discovered that the blaze had stopped spreading about 1,000 feet from their house. However, since they had left their windows open, their home incurred heavy smoke damages, even though the structure remained unharmed. Still, they were fortunate as some of their neighbors’ houses did burn down. Thankfully, a few homes were undamaged, and those families could return home.

As volunteers were processing Altaira’s disaster assistance, she was most interested to learn about Tzu Chi’s history and Buddhist philosophy. A mediator, negotiator, and facilitator by profession, Altaira is also quite socially-minded and founded the nonprofit Neighbors with Lunch. This volunteer-run service organization aims to meet the immediate needs of those experiencing homelessness in the area.

Thus, Altaira found an inspiring connection with Tzu Chi’s mission of putting compassion in action to help those in need:

It’s really sweet; I really enjoyed meeting you guys. I’ve always liked Buddhism a lot, and I always felt like I wish there were more of a connection between Buddhism and action. I’m a very social justice kind of person. I like to do things that make a difference. So I’m actually curious about your foundation, and I’m going to read more about it when I get home because it seems like something I might want to help with or something. It seems like a type of foundation that would fulfill a lot of my needs to help people.

Other care recipients were inspired by Tzu Chi’s story as well, one they learned about since while distributing cash cards and care packages, the volunteers also explained that all the donations came from people around the world.

Since the Buddhist Tzu Chi Foundation’s establishment in 1966, we uphold the philosophy of accumulating small donations to do charity work. Helping others is not something only rich people can do, but everyone can participate. The bamboo bank spirit, wherein Dharma Master Cheng Yen asked her first 30 followers to save a few cents daily to help others, is at the charity mission’s root.

When a volunteer explained the bamboo bank story to one wildfire survivor, he said that he had many coins at home but lost them all in the fire. He took the bamboo bank and promised to adopt its philosophy, giving rise to kind thoughts and doing good deeds daily. This is how the cycle of love spreads from receiver to giver of aid, sending ripples of care around the world.

On October 10, the fifth disaster relief distribution in Santa Cruz County for survivors of the CZU Lightning Complex fires ended at 3:00 PM, after having benefited 51 households, comprising 119 individuals. All five distributions helped 160 families, or 386 individuals in total. 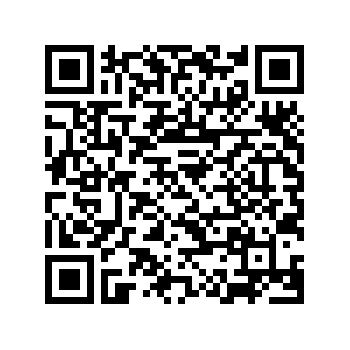