The Bamboo Bank: No Good Deed Is Too Small

The power of pure intention is immeasurable: The Buddhist Tzu Chi Foundation began with donations of pennies.

There’s a proverb that states, “All things, good or evil, are created by one’s mind.” In Buddhism, the importance of the mind and our intention is paramount, and it’s at the heart of how the Buddhist Tzu Chi Foundation began, guided by Dharma Master Cheng Yen’s vast vision.

In 1966, Master Cheng Yen and her followers were living in Hualien and making a meager living by sewing baby shoes, knitting sweaters, and making other items for sale. But in her heart, Master Cheng Yen yearned to be of greater service to others, and the plight of an aboriginal woman suffering from labor complications would be the catalyst towards fulfilling that wish.

An expectant mother’s family had carried her for miles to reach the hospital from their remote mountain village, only to be turned away when they got there because they didn’t have enough money for the hospital’s security deposit. When Master Cheng Yen, who was visiting a patient there that day saw the pool of blood that remained after the woman had been taken away, she was heartbroken.

But what could an impoverished monastic do to help? Then, some practical math kicked in. If she and the 3 nuns and 2 lay followers who lived with her each made and sold an extra pair of shoes a day, and the 30 housewives who listened to her teachings gave NT 50 cents (US 2 cents) daily from their grocery fund, in one year, they could raise the amount of money someone like that aboriginal woman had needed for treatment. With concerted effort over time, there was hope.

Special piggy banks for coins were quickly fashioned out of bamboo, and the housewives began to collect a few cents from their grocery money each day. Then some asked why they couldn’t just give an equivalent sum once per month. But Master Cheng Yen refused because, as she relayed to her followers, awakening kindness in one’s heart each day is of equal importance to the amount of money donated:

Before leaving the house, you have already made a commitment to help other people. Saving fifty cents each day raises a thrifty and loving heart. When these feelings are put in the bamboo bank, the effect is tremendous.

And so, as the thirty housewives went grocery shopping and saved daily, they also told people about what they were doing and it wasn’t long before word about Master Cheng Yen’s inspiring mission of charity spread, and others wanted to give as well.

The Buddhist Tzu Chi Foundation was established on May 14, 1966, just 3 months after Master Cheng Yen had seen that pool of blood on the hospital floor. And as the proverb states, “Little drops of water make a mighty ocean”: Tzu Chi went on to raise enough money to build an entire hospital that offered free healthcare in Hualien, and that was just the beginning.

Given the scope of Tzu Chi’s humanitarian work today, the story of the humble “Bamboo Bank” proves that no good deed is too small when done with love and pure intentions, since it can create an infinite ripple of good across the world. Master Cheng Yen’s teachings reveal how in life, we can’t ignore a single act of kindness, because each contributes to the force of compassion in the world.

Bamboo banks are used by Tzu Chi until this day, and as they collect charity donations on behalf of those in need, they awaken love and care for others in the giver as well. Rich or poor, and regardless of our circumstances, we can always discover aspects of our lives that we can be grateful for if we examine our situation closely. And from this gratitude, empathy for others can arise.

This is one of Master Cheng Yen’s most profound aspirations: To encourage “everyone to continuously do good deeds and purify their hearts.” In fact, the happiness that we feel in doing good deeds is immeasurable.

No Work, No Meal

Be a Well-Rounded Person 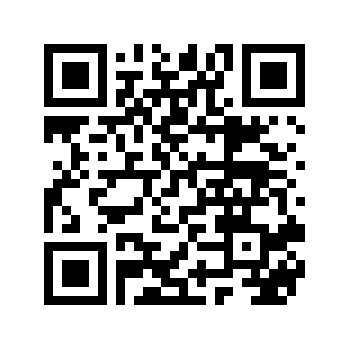