On October 9th, at about 5 PM, the song, “Love and Care for All,” began playing at the Local Assistance Center (LAC) in Oroville, CA. It had been the sixth and final day that Tzu Chi volunteers were there to offer emergency financial relief and care supplies for survivors of the North Complex Fire. As Tzu Chi volunteers began to perform the sign language version of this song of peace, and the song brought a rare moment of bonding and unity among everyone at the LAC.

Let us pray for peace in our land, keep our hearts from sorrows and pain. Bless us all with joy and hope, love and care for each one in this world.

Even socially distanced, “Love and Care for All,” brought everyone at the LAC together, including care recipients and fellow service providers.  Left  photo by  Huan Xun Chan, Right photo by CM Yung.

Altogether, Tzu Chi volunteers served 314 households with cash cards. These cards may be used by the care recipient to pay for their most immediate needs. For many who attended our distributions, their homes had been severely damaged. Many would purchase basic necessities and now that they were left without a home or belongings to return to.

Tight Quarters for a Family of Nine

That was supposed to be our forever home.

With the fire having broken out already, affecting electricity coming in from nearby areas, Bankston brought her children to a nearby hotel where they could still get internet access to attend their virtual classes through the pandemic. Suddenly, a move she thought would be more convenient turned out to be much more: “we were down there [in the hotel] that day when we found out that the fire was taking over Berry Creek…  we left everything up there. They didn’t let us back home to grab anything,” Bankston explained.

That very afternoon, Bankston and her family evacuated Oroville and fled to Corning, CA. Fortunately, her insurance got her $10,000 in immediate coverage. Bankston would use those funds to purchase an RV. But, it wouldn’t be easy. Altogether, they were five adults and four children in this one, mobile space. They stayed parked at a friend’s front yard, and it has been a hustle ever since.

At first, I was kind of lost. My mind was gone. I just couldn’t think of what to do, what to put my foot next to. But then I snapped out of it, I have kids I have to deal with - so one foot in front of the other. Just keep going.

Bankston’s journey brought her to the Oroville LAC on October 9th. There, she could find resources for her household, including from Tzu Chi Northwest. She received a cash card loaded with emergency funds from volunteers, including extra cloth masks and extra packages of Jing Si Instant Rice to ensure everyone in the family could share. She Bankston explained that she would use the funds to buy food and clothing for her children.

That’s what we really need right now, a little bit of compassion, and you guys have definitely served us with a lot of that.

Her next step: to clean and clear out the debris from their burned down home and buy another modular home. Bankston told us her goal was to get her and her family resettled within the year.

Determined to Give Back

Along with their emergency cash card, every care recipient was given a letter of condolences from Dharma Master Cheng Yen. It expressed the Master’s sorrow for the survivors’ misfortune, trauma, and loss, but also provided a message of encouragement, solidarity, and love. One recipient, Sabrina Hopkins, teared up reading these touching words, and expressed her appreciation for Tzu Chi volunteers.

I am just happy everybody is alive. But I am so thankful you guys are here to help everybody. I don’t know what we would do without people like you guys.

Filled with hope, Hopkins gratefully accepted a bamboo bank given to her by Tzu Chi volunteers. She committed to contributing to it with her coins. Hopkins proudly told us that, “when I am good, I definitely want to donate or give something back to the company.” Though she had only lived in Berry Creek, CA for a few years, she also told us how much she loved her small but cozy community.

I have a lot of neighbors there that I really like. I like mountain living. I don’t see myself anywhere else anytime soon. I want to stay in Berry Creek.

Responding to Trauma with Compassion

While survivors have been on a trying journey of their own, Tzu Chi volunteers like Mingling Chiang have been ready to support them. But, this is not without great effort and compassion.


Waking up at 4 AM, Chiang started her day with a bit of yoga. She would depart with fellow volunteers at 5 AM, from the San Francisco Bay Area to the city of Oroville. Their distributions there would begin at 9 AM. Over a period of three weeks, Chiang joined relief efforts there four times, including on its last day, October 9th.

That day, she was assigned to welcome fire survivors to the site. Chiang would then collect IDs to share with administrative staff. This step verifies both identity and address of the disaster affected property. Then, she guided survivors to the distribution area and returned their documents to them.

Around noon, an elder lady came. She asked where her ID was and had been waiting a few minutes. Chiang clarified that it was being processed and that it would take a few more minutes. But, the woman raised her voice and exclaimed that her ID was one of the few things she had – and that she wanted it back immediately.

Chiang recognized what was happening. She knelt down next to the woman and said “I know you are worried about losing your ID.” Next, Chiang guided her to staff who were working on the woman’s application. After the woman left with her emergency aid, including an eco-blanket, she explained what took place.

I saw the anxiety of a person who’s lost everything. When her documents vanished from sight, she was afraid that they would disappear just like her home did. This really made me feel pain. I am grateful that the other volunteers were able to sooth her distressed mind when they distributed her the cash card and items.

We are honored to have had her help in diffusing such an emotional situation, and for all the volunteers who have supported our mission to bring relief to survivors of disaster.

Now, as we transition to long-term relief, you can guarantee our success and give hope. 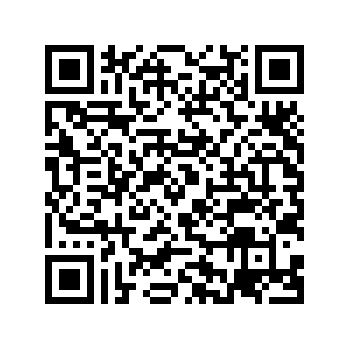