Help For a Wildfire Survivor Who Helps Others in Magalia, California

Inside a spacious hall in a community church, people are busy moving various essential items like food, clothing, household goods, and furniture around, sorting, arranging. Dennis Holmes instructs the team of volunteers on organizing everything in the ample space, which currently serves as a charity distribution center. As Manager of Magalia Community Church’s Resource and Recovery Center, Dennis makes sure staff sort then display all the goods coming from generous donors neatly for the convenience of those who will come to select what they need.

“It’s just guidance, showing them what needs to be done, how to do it,” Dennis explains. “We have a pretty good team; that’s why we’re as big as we are. We’re the largest on The Ridge, and we’re growing bigger.” By “The Ridge,” Dennis is referring to the subregion of the towns of Paradise and Magalia combined, named so due to its forested terrain and elevation, which is unique in Butte County.

Before the Camp Fire in 2018, Magalia Community Church, located on Old Skyway in Old Magalia, only functioned as a place of worship. After the tragic and life-changing disaster, the church expanded its role to also serve as a resource and recovery hub open to all who have been pushed out of their homes or affected by recent wildfires in the area.

“There are so many in our community who are struggling after the fire,” shares previous staff member Doreen Fogle, who started to help out at the Resource and Recovery Center in 2018, during the first Christmas after the Camp Fire. Even years later, wildfire survivors are showing up early to wait in line on distribution days. After presenting IDs for check-in at the entrance, they then go through the aisles “shopping,” picking out the essential goods they need, which they can take home free of charge.

Dennis Holmes, who is in charge now, proudly says, “You wouldn’t believe how many compliments we get from people.” Moreover, there is a wide selection of things available for them, which is undoubtedly a relief, as Dennis concurs, “Once they leave, they’re leaving happy with a handful of food. I mean, they get bread, milk, eggs when we have [them].”

In the first year after the fire, the Resource and Recovery Center was open four days a week because of the tremendous need in the community. Dennis and his team had to restock daily to ensure enough food and other essential goods for the crowds arriving the next day.

About eight months after the fire, the center found a significant jump in the number of people moving into stable housing situations. In September 2019, 327 new families who had never sought charity aid here turned up, which also meant people were returning to the area. However, despite these positive signs of recovery progress, statistics showed that many people were still living in cars or trailers, while some were experiencing homelessness.

In the spring of 2021, Magalia Community Church plans to transition back to its original role as a place of worship. However, this doesn’t mean that urgent needs within the community have ended. Consequently, the team is currently working on relocating the church’s Resource and Recovery Center to the fire house next door, then adjusting the operation days and times later.

Dennis Holmes has no plans to move on from his role as manager, expressing how much he loves and is committed to the job, “It’s a lot of hard work, a lot of time. I’m here 24/7. The more we put out, the less we have to do the next day. We try to stay on top of it.” At the end of each workday, he recounts that “I’m tired, but I love the RV.”

Tzu Chi USA donated the RV he’s referring to, where he currently resides. Dennis is a Camp Fire survivor himself and lost his house in Paradise along the wildfire’s path of destruction. “I lived on the property for about a month, and that’s when FEMA said everybody had to leave, so then I moved to Oroville. I was living on somebody else’s property by the dam,” Dennis recounts, adding that he stayed there for several months.

Doreen recognized Dennis when he first came to the Resource and Recovery Center as a wildfire survivor seeking living essentials, as she had met him in the Paradise neighborhood before the disaster struck. One day when he returned to the center, he asked the staff if they needed any extra help.

“It was right after we set up the second large tent, and I said, ‘Absolutely! We need volunteers every single day,’” Doreen recalls. Dennis came to work the very next day and hasn’t stopped coming since then, even though at the beginning, it demanded that he travel from Oroville to Magalia then back each day that he helped out.

His dedication was only part of what he brought to the team, as they also appreciated the strong leadership skills he showed. “We absolutely needed somebody who would focus on keeping everybody safe here,” Doreen shares, saying, “Dennis stepped in right at the right time, and he’s been a godsend.”

However, the daily 80-minute round trip was long and costly in gas. The financial burden was hard to handle for the veteran wildfire survivor with a budget already stretching to or beyond its limits. Consequently, Judy, who worked at the Resource and Recovery Center and was aware of Dennis’s situation, referred him to Tzu Chi USA for possible aid.

The kindness of Judy’s initiative soon blossomed as in September 2019, Dennis received an RV donated by Tzu Chi USA and was able to settle down right on-site in Magalia. Simultaneously, he could help take care of the community church’s entire campus as well.

Dennis Holmes is very grateful to receive the RV trailer from Tzu Chi USA as it provides him personal space to relax after a long day of heavy work. Photos/Huan Xun Chan

The 32-feet RV trailer gives Dennis space to relax from the high pressure and heavy manual labor that comes with his job. “I can go to bed, I feel comfortable, I have space, I can cook, I can sit down, I can put food up in the cupboards,” he says happily. “If it weren’t for Tzu Chi, I wouldn’t have this. Getting help for people like me, it’s been tough. I take care of everybody else but me.”

Another bonus for Dennis is that he’s now reunited with family as well. His daughter lived with him before the fire and moved to the church property following her father. Dennis excitedly introduced his family to Tzu Chi volunteers, exclaiming joyfully, “She lives on site too now, so I get to visit my grand-baby every day.” 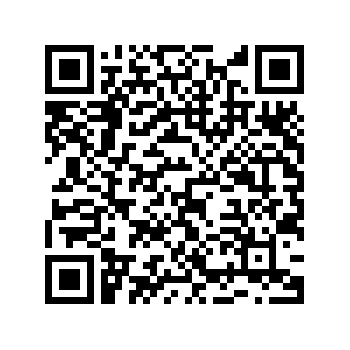