“It’s like a fire tornado. Because of the strong wind, the burned area is very large,” said a resident who took video footage of the fire in the mountains. Her expression and tone of voice revealed the alarm that surfaced alongside the memory.

The Telegraph Fire that sparked near Superior, Arizona, on June 4th, 2021, is one of the largest wildfires in the state’s history, and reached full containment on July 3rd, 2021. During this time, Tzu Chi USA’s National Headquarters in California, Global Headquarters in Taiwan, and volunteers from Tzu Chi USA’s Phoenix Service Center, continued to monitor the disaster carefully each day.

The burned area ultimately reached 180,757 acres, and the flames consumed 51 structures. As a result of the fast-moving fire, many were forced to evacuate. The affected area was just over an hour’s drive east of Phoenix, AZ. Once 90% of the fire was contained, volunteers arrived in the town of Miami for two consecutive days, June 30th and July 1st, with disaster relief cash cards and bags of essential supplies in hand.

In addition to Tzu Chi, more organizations, such as the American Red Cross, Salvation Army, and other state and county departments, worked together to provide disaster recovery services, resources, and referrals to impacted communities at the Individual Assistance Service Center (IASC) set up at Dr. Charles A. Bejarano Elementary School in Miami, AZ. The small town of Miami in Arizona is known for the historic cottages, homes, and courthouse, that characterize a classic Western copper boom-town, and tourism accounts for a substantial source of income. The location has also become a preferred spot for retired individuals to settle down. Due to the immense impact of the COVID-19 pandemic and severe wildfires, many are alarmed and distressed. Therefore, Tzu Chi volunteers set out to provide their support. In addition to disaster relief cash cards and care packages full of essentials, volunteers also provided special bookmarks bearing Jing Si aphorisms. Each care recipient was invited to select the bookmark with the aphorism that most resonated with their heart and bolstered their spirit.

“Say good words, do good deeds, and follow a good path,” read one care recipient with a smile as she held the bookmark decorated with pink flowers.

During the disaster relief distribution, Tzu Chi volunteers additionally presented a letter of condolences to each care recipient from Tzu Chi’s founder, the venerable Dharma Master Cheng Yen. Members of affected households carefully read the letter, and when volunteers told residents that Tzu Chi’s global headquarters is in Hualien, Taiwan, they were surprised and moved. “Really?” many had responded, shocked that someone from so far away held them so close to her heart.

Another survivor who collects empty recyclable containers to be deposited at redemption centers revealed that the wildfire destroyed the trailer carrying all of his materials. A Tzu Chi volunteer then offered a trailer available at Tzu Chi’s Phoenix Service Center that he could use as needed.

Love abounded all around by the distribution event. The commitment of Tzu Chi volunteers had moved residents from the town, and the spirit of mutual care among residents likewise moved volunteers deeply. One couple expressed that they felt luckier than some families, and turned down the cash card so another family could receive the assistance instead. Another family had come home to discover that their home was not devastated by the fire due to the efforts of their neighbors.

Over two consecutive days, volunteers distributed relief funds and supplies to 11 families. Volunteers from the American Red Cross and the Salvation Army also joined the distribution and learned about the origin of Tzu Chi’s bamboo banks as well. 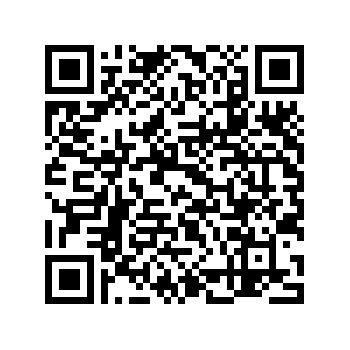