Brave Children From the Camp Fire 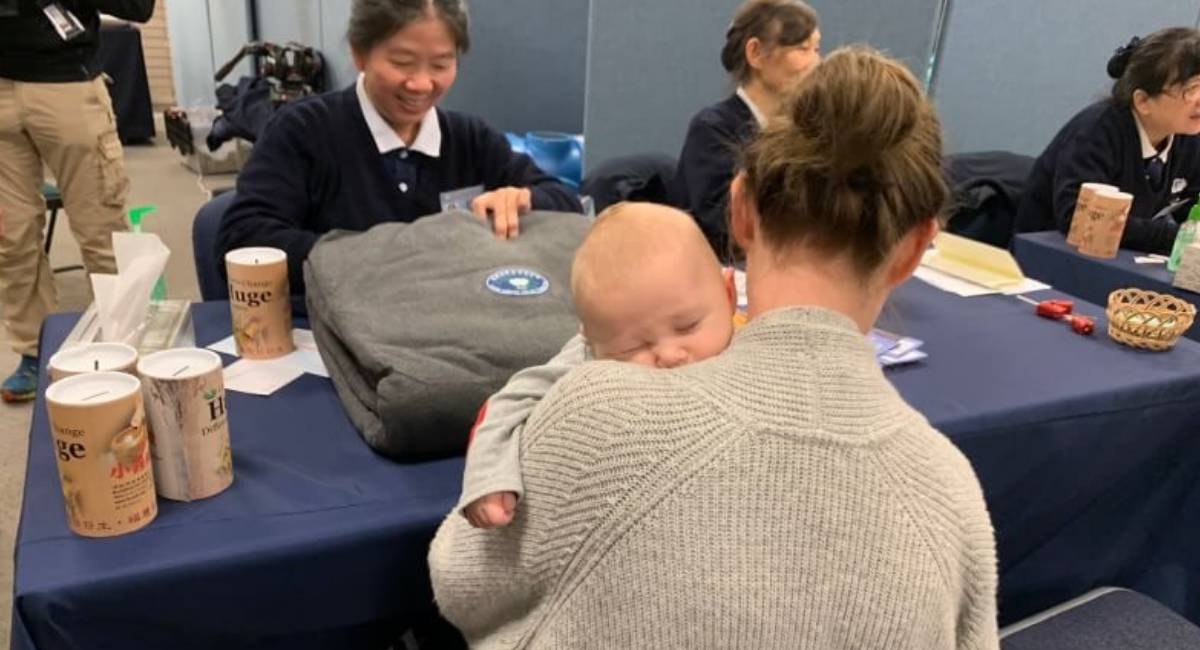 I kept recalling those children…

And that little sleeping baby.

The 3-month-old baby, Liam, always falls asleep on his mother’s shoulder. His mother, Nicole Burt, had him in her arms the entire time she was visiting the Chico Disaster Relief Center. No matter what she was doing –  whether talking, crying, or walking – he was always sleeping quietly with deep, calm breaths. His red cheeks and long eyelashes caught many people’s eyes.

Nicole told us of how her house had burned down in the fire. She and her husband took nothing but their three children when they escaped from the flames. Their 9-year-old son, Max, and 4-year-old daughter Sophia both panicked when they saw that the fire was spreading everywhere so rapidly. But little Liam, who only came into the world not long ago, was still quietly sleeping in his baby chair.

Perhaps little Liam just trusted his parents wholeheartedly; he understood his parents would try their best to save him as well as his brother and sister. So, he slept on – deeply and calmly, like a little angel. 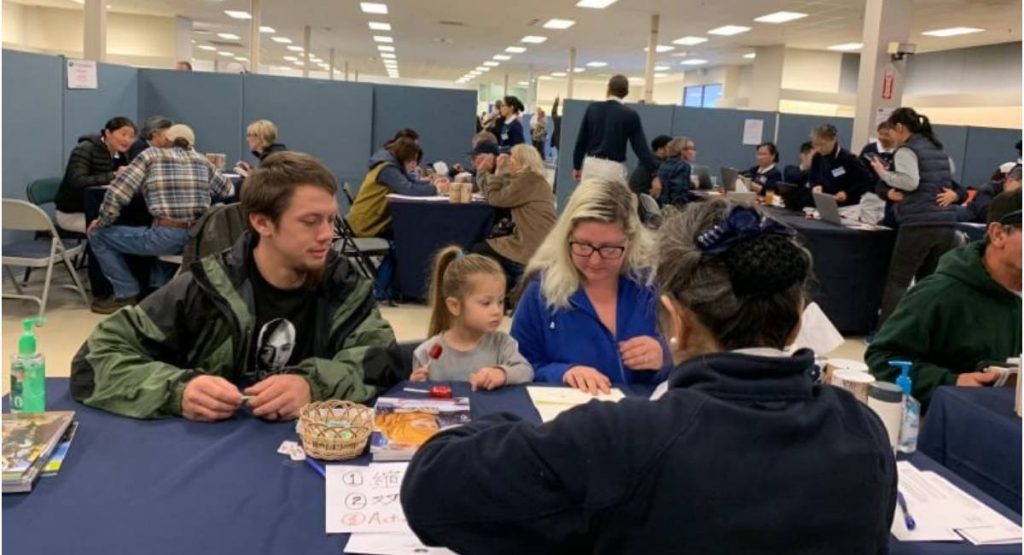 Four-year-old Dannie is a little shy in front of strangers. On the morning of the wildfire, it was Dannie who took immediate action, and woke her parents. It’s thanks to her that the whole family was able to escape.

Dannie’s father, Glenn Jenkins, was first introduced to Tzu Chi over a decade ago. In 2008, a wildfire spread rapidly in their area, burning down the trailer where he and his grandfather once lived. When they needed help recovering from this tragedy, Tzu Chi immediately provided financial support and warm blankets. Since then, Glenn has never forgotten Tzu Chi and the kindness given to his family.

Time passed, and soon, Glenn started a family of his own, living in a nice, warm house with his wife, Liz, and daughter, Dannie. The Tzu Chi blanket he received was brought to his new house with him as a reminder of his past and the compassion extended to him that day.

Ten years later, his home was destroyed yet again – this time by the Camp Fire – leaving Glenn and his family at the mercy of nature’s destructive power once more. Luckily, his family escaped in time.

In need of assistance after the devastation, Glenn and his family visited a Tzu Chi service station and received another brand new blanket, as well as a cash card. That same warm feeling returned and flooded his heart. It is this same warm feeling that will be with him while rebuilding his new home.

I will always recall those children.

After I came back from Camp Fire disaster relief volunteering for the day, I kept thinking about those children’s faces. They all had escaped from the fire.

I seem to see them everywhere, by the family dinner table, in front of the candy shelf in the supermarket, in the baby carrier held by a young mother on the street.

PrevPreviousThe Light of Each Other During the Rendezvous
NextBuddha Bathing Ceremony: a Reunion for Camp Fire Survivors in Chico, CANext