Old gentleman knocking on my heart 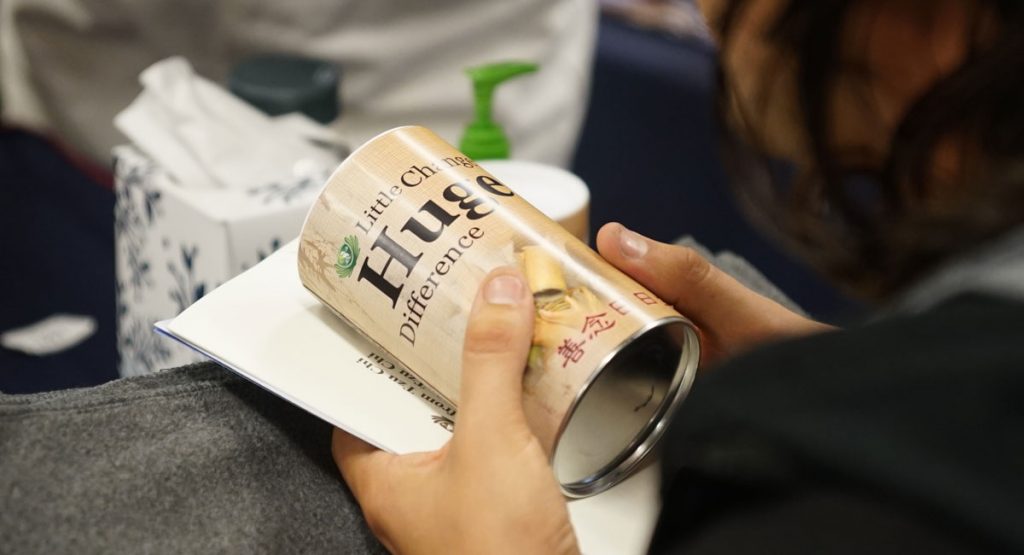 At 83 years old, James sat at the table restlessly, waiting for a Tzu Chi volunteer to help him register.

The volunteer already knew the old gentleman, who had survived the Camp Fire and had lost his wallet after arriving at the disaster center. That could only make a difficult situation worse. As the volunteer gave James’ driver’s license back to him with two hands, she gently reminded him that recovery from a major disaster takes time. “We should make 120% sure that things are getting back to where they should be,” the volunteer said. “Being mindful and attentive is especially important to everyone after a crisis.”

When James heard the word “mindfully,” tears welled up in his eyes. 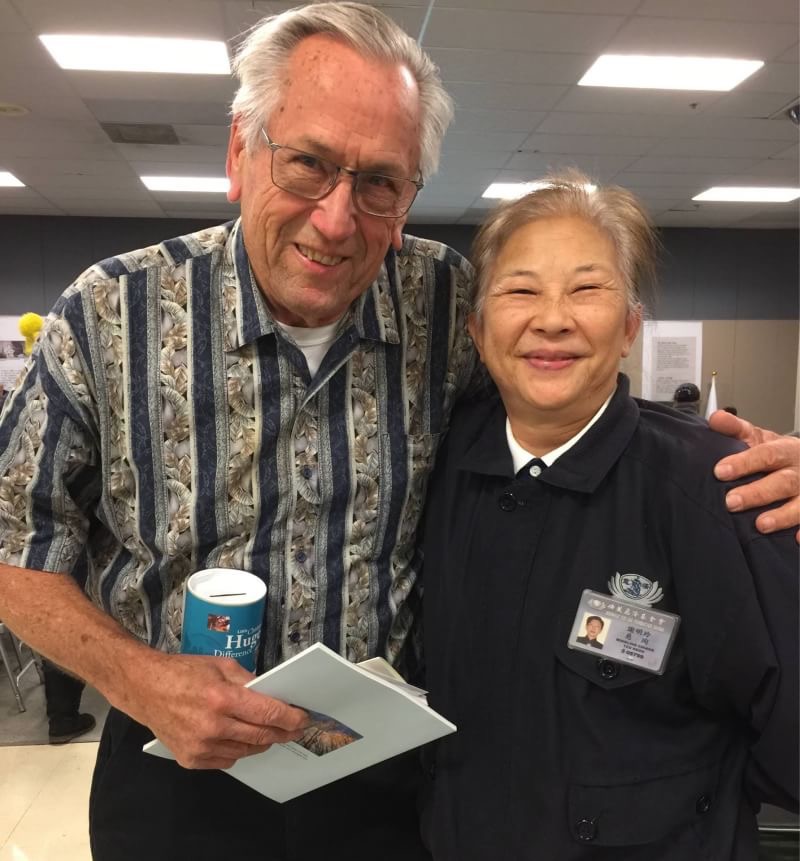 “I’ve always tried to stay mindful, but the memories of fleeing the fire is still running through my mind,” James said.

The volunteer took his hands in hers and assured him: “You are safe and can feel at peace now.”

James continued to talk about what had happened that day: “It was very traumatic. My wife and I were in an institutional community. She was sick and needed hyperbaric oxygen treatment so it was not easy to leave together on our own. Yet I felt I should first help three ladies there who lived alone. Then after they drove away, I started to help my sick wife get into our car. We were in such a hurry, so we did not bring anything with us.?

James, a former CEO, then said: “After this disaster, I decided to do more volunteering because I have received too much help. I didn’t even have clothes to change into for four days! Luckily, a high school student raised money to buy us clothes.”

Pointing at his clothes, his eyes were red again. He said, “There are so many kind people who have given us all kinds of help. I used to organize volunteers to build a new youth activity center, until my wife got sick.”

The Tzu Chi volunteer asked: “Would you like to volunteer for us in the future?”

James answered without any hesitation: “OK! Just as soon as things settle down for us.” The volunteer thanked James and took his contact information.

James’ was all smiles when he talked about his children. He was very grateful that their daughter had returned the day after the fire and stayed with he and his wife for a week. James also told the volunteer that their son had been busy doing DNA identification work for the people who were still missing, but he would return to Chico City to help that night. Being able to use his professional skills to help the community without pay is important to his son.

James picked up a hook of Jing Si Aphorisms and read aloud: “Every day is a book. Everyone I meet is an article.”

He felt this spoke directly to his current situation.

After the fire, James’ niece had called and asked how he felt. What was in his heart? James told her that his mind was still full of images of the disaster and stories he’d heard. He couldn’t write them down, but wished he could dictate it all into a recorder.

Three days later, James received a package from his niece–the recorder he had wanted. So he began telling stories to the recorder, including of his own escape and the stories he was hearing.  This gave him a precious sense of closure. Grateful to his niece, he emailed her the stories, telling her that someone had suggested he collect them and publish a book in the future.

James listened to the volunteer sharing the story of Tzu Chi and wrote down Tzu (compassion) and Chi (relief) slowly. Having heard about the origin of Tzu Chi, the spirit of the bamboo coin bank, and the source of funds for the cash card he had received, he exclaimed, “Amazing!”

When he read the letter from Dharma Master Cheng Yen, his eyes became red and teary-eyed again. He asked, “If I wrote a thank you letter, where could I sent it?”

Volunteers told James that the cash card could purchase only daily supplies, no tobacco or alcohol, because Master Cheng Yen loves people and wishes them all safety and good health. When the volunteer  recited the “Three Wishes” from Master Cheng Yen, James wrote them down and said he would be sure to check it out online.

When the volunteer respectfully presented the cash card and letter to James, she explained that’s the procedure that Master Cheng Yen developed for all volunteers, demonstrating love and a respectful heart. She said she was thankful for the opportunity to serve him.

James was surprised and said he’d like the volunteer to write her name in his notebook. He said his recording will mention Tzu Chi’s selflessness and generosity.The bamboo coin bank showed a mailing address in Northern California, so James said with joy that he would work to bring together everyone’s love.

Before leaving, James turned to the volunteer and lightly touched his heart with his fist. He said his heart was no longer restless but instead filled with gratitude. Feeling touched by the new relationship, the old gentleman promised to include the day’s story in his recording little by little when he got home.

NextWhere Is Our Tzu Chi Blanket?Next 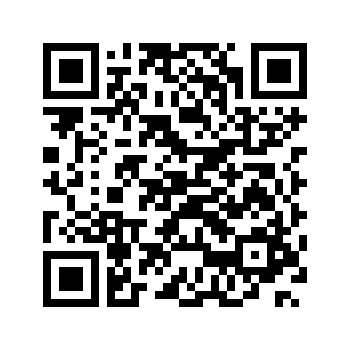