No one can really prepare for the unthinkable: To be traumatically separated from beloved family members due to a natural disaster and having no idea where to turn or whom to turn to next.

In such a situation, every second seems to stretch into hours, and every hope into a nightmare. There were many such stories after Paradise, California was decimated by the record-breaking Camp Fire this past November.

Here are two such stories, recounted by some of the many Tzu Chi volunteers who sprang into action and did everything in their power to help the fire’s survivors regain a semblance of normal life.

When a major fire strikes, a community’s power supply and telecommunication infrastructure are two of the first victims. Desperate individuals such as Antonio Griego of Paradise suddenly found themselves unable to contact family members in order to ensure that everyone was safe.

So, Antonio attempted to drive to where his wife and baby daughter had been last. But his heart sank as he found the road impassable. What could he possibly do to find them and be sure they had survived? No officials, friends or family could help him.

After an interminable five hours of hoping for the best, Antonio returned for what seemed like the thousandth time to the Disaster Relief Center. By a stroke of luck and good timing, he found his wife and 1-year-old daughter there searching for him too!

He embraced his precious wife and daughter, all of them overcome with relief.

Through tears, Antonio told a Tzu Chi volunteer that this moment with his family meant much more to him than anything in the world. Although they had lost their home and all their possessions, nothing would ever be as important as being reunited with his family and knowing everyone was safe.

Antonio was surprised and deeply grateful to receive Tzu Chi’s emergency cash card relief. This would enable him to buy the family’s basic necessities, and the emotional support provided the family with the hope and confidence they need to begin rebuilding their lives. 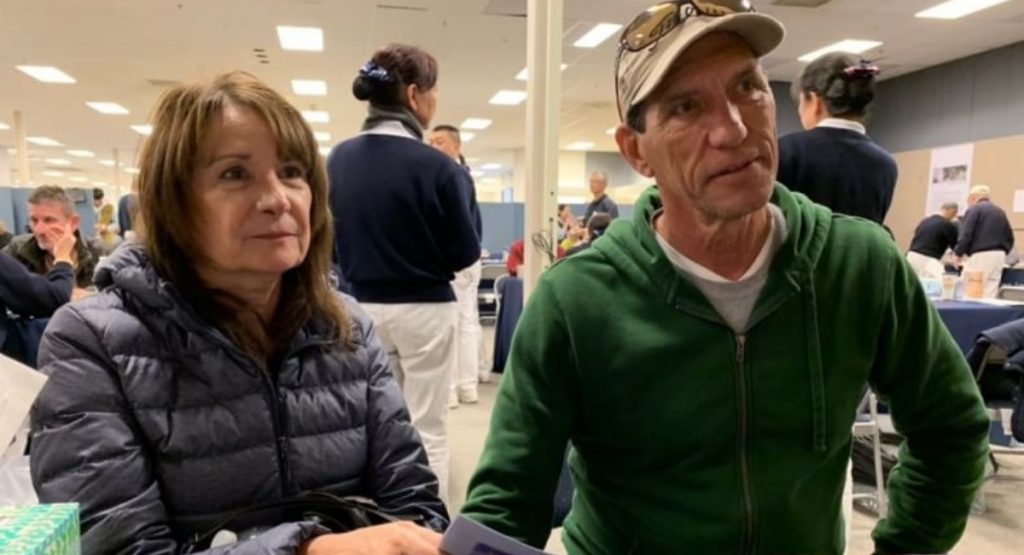 David Michael Demaree and his wife Kristy also found each other at the relief center, after being separated involuntarily. They had no reassurance of any kind and were without information on each other’s whereabouts for eight endless hours that felt like centuries.

After being reunited, David couldn’t stop holding his wife’s hand while they completed the process of receiving the cash card. They couldn’t stop talking about how deeply they were touched by the love of Dharma Master Cheng Yen and the selfless Tzu Chi volunteers.

They repeated how great it was to be alive, with renewed hope for a bright future.

PrevPreviousStory of Marijane Guth & Doris Harvey: Getting Off the Rocking Chair
NextI Have Drawn My House Blueprint!Next