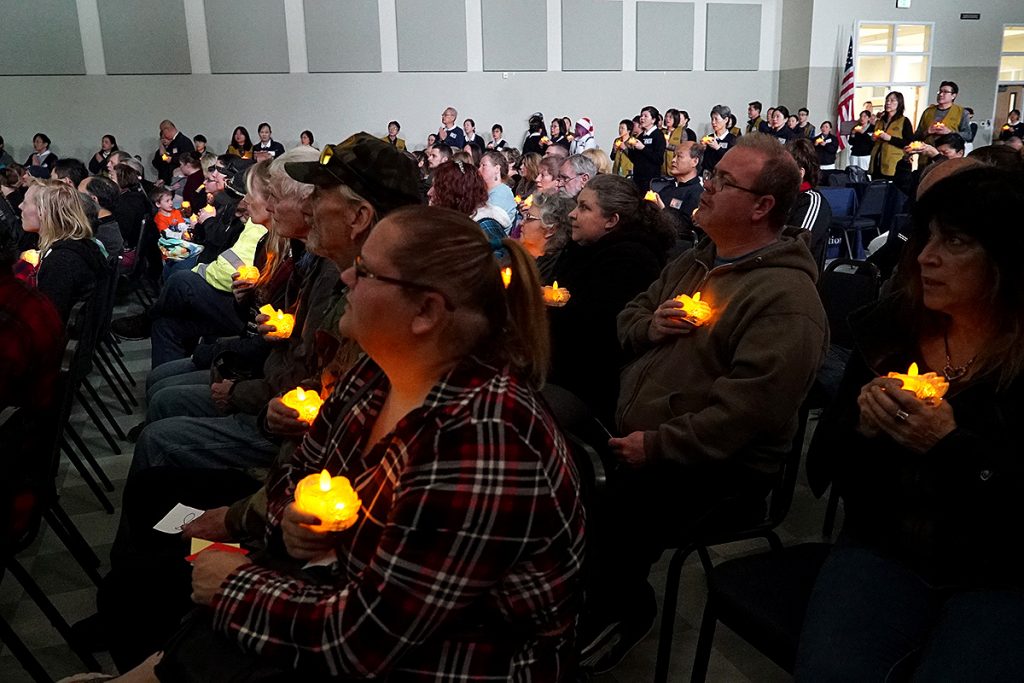 Tom spoke about the homes of four generations of his family being destroyed in the fire, totaling 80 family members who suffered this loss.

It wasn’t just their homes that were lost to the flames; memories were burned as well. Tom and his family lost photos from their childhood of their father and grandfather.

In hopes of restoring a sense of hope and inspiration, Tzu Chi volunteers shared the story of the bamboo bank with Tom. In return, Tom was happy to share a story of how he helped two young girls.

In the story, Tom described how he gave two young girls one of two $150 cash cards. He saw that the two girls were affected by the disaster, and how happy they were to receive $10 from others who were walking to get dinner. Although Tom became homeless, he had sympathy for the two young girls, and desperately wanted to help them.

Tzu Chi volunteers were surprised by his acts of compassion and love. They were happy that he received a cash card at the time he did to enable him to help more people. This showed that Tom, although in need of assistance himself, was compassionate to help others who were affected by the fire as well.

Meanwhile, Tom expressed delight at the reunion of four generations of family members who were sheltered in different places.

Local restaurants made it known they would help by providing the fire survivors free meals for 30 days. So, in a local restaurant, Tom and his family members celebrated their oldest brother’s birthday, as Tzu Chi volunteers gave their best blessing.

Four generations of that family came together, and Tom was not alone.