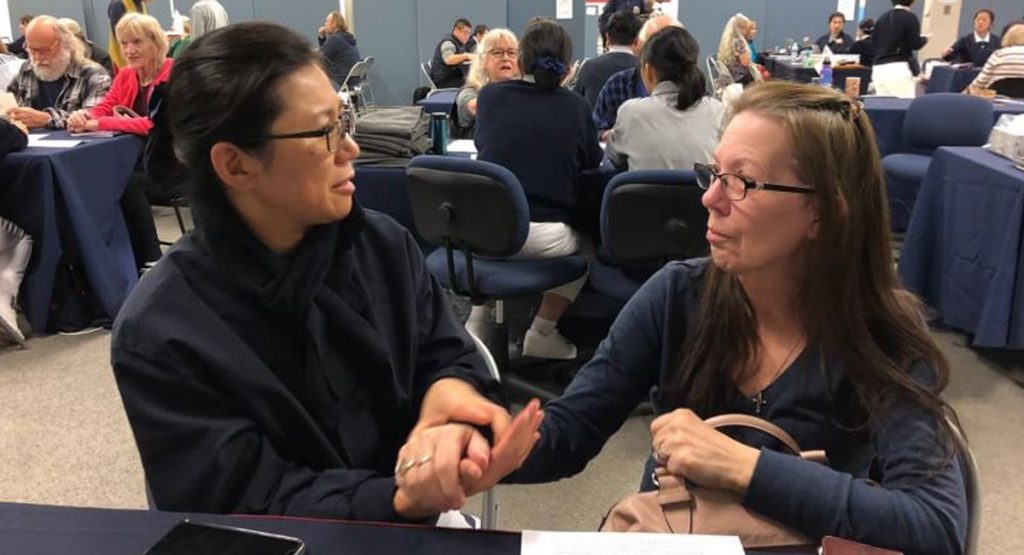 “I thought I would be able to go back home the next day, but who knew that my home no longer existed.”

Pamela came to us in great distress, stating that she had lost her home in the recent Camp Fire.

The 63-year-old Pamela was born and raised in the city of Paradise. She was married there and had lived in Paradise all her life. Her children also were born and raised there, and she had never moved to any other place her entire life. There was no way she could possibly have known that the first time she would be leaving the town of Paradise would be under an Emergency Evacuation Order.

The sky had turned pitch-dark with heavy smoke on the morning of Nov. 3, when Pamela left home. She had to drive alone and in great fear, since her husband was away on a business trip. Even between all the chaos and confusion, she thought it might be just like the previous fires 10 years ago when she was able to return home the next day. Therefore, this time she took nothing with her when she evacuated. Now she could not believe that “everything” she ever owned was destroyed in the raging fire.

Pamela was so traumatized by the catastrophe that she could not stand to look at the picture of her destroyed home. She handed us her cell phone to show us the picture of the home, but turned away with a flood of tears in her eyes.

Pamela’s husband began the process of rebuilding their home. It will take at least a year to clean up the site, and the rebuilding process will take a long time. Nevertheless, they are certain to return because it is what they have always considered their “home.” 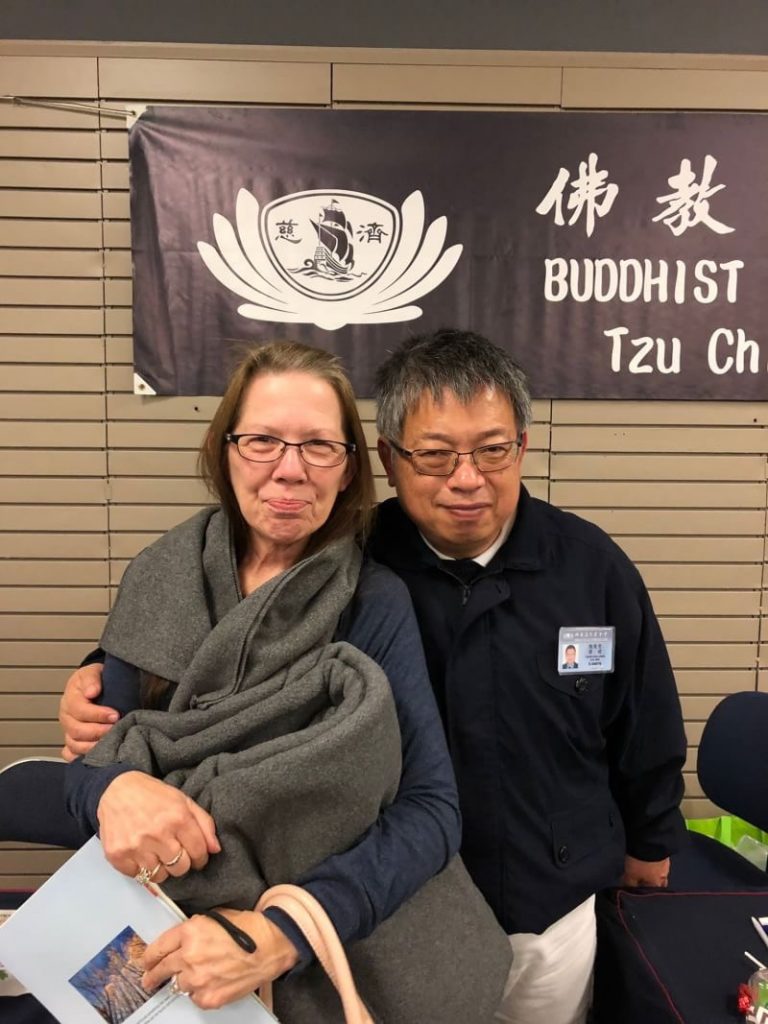 Before she left, Pamela expressed strong appreciation for the assistance provided by the Tzu Chi volunteers who were there with compassion and help. With the cash relief she received, she was be able to celebrate the holidays with her family and her grandchildren.

With the gift of the Da Ai Technology blanket and scarf she received, Pamela was able to feel the warmth of the season and look forward to a more hopeful future and better times ahead.