Departure from Darkness, Arrival in the Light 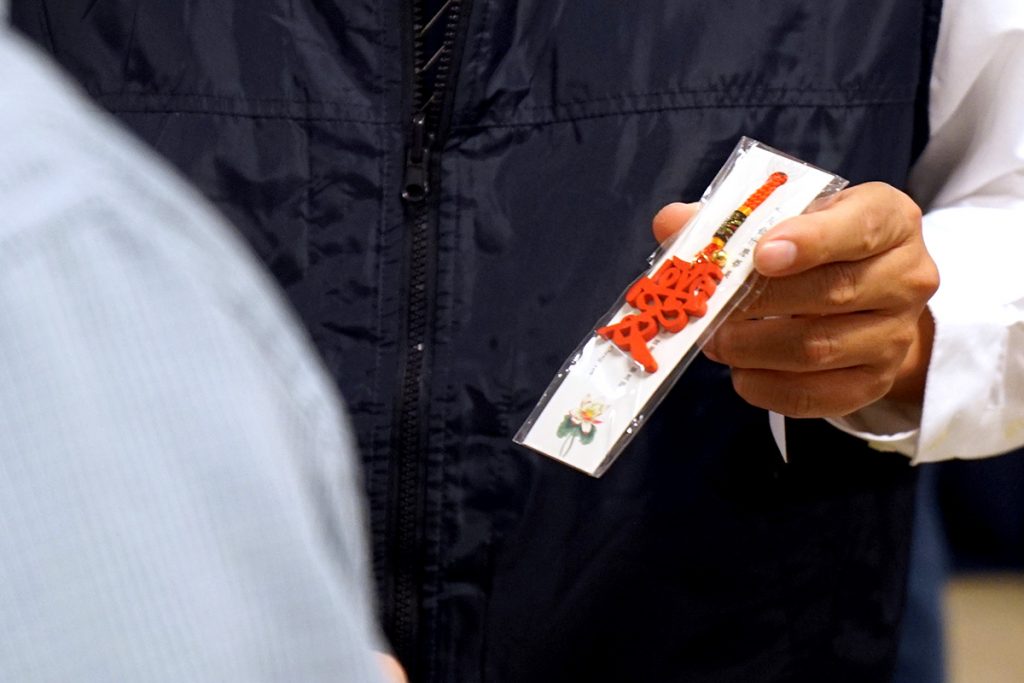 Since Thanksgiving, the Tzu Chi Foundation North California Region has launched a distribution campaign to serve more than 10,000 victims of the Camp Fire.

A 55-seat bus carrying Tzu Chi volunteers punctually departed from Tzu Chi San Jose Zhiye Park in Northern California at 6 a.m. The area was still sleeping in the dark in the late autumn. The bus turned onto the highway. The destination was three hours away North—a disaster recovery center in Chico.

Starting around Thanksgiving time in November, the Tzu Chi Foundation North California Region launched a distribution campaign to serve more than 10,000 victims of the Camp Fire. Most of the volunteers in service at the beginning of the campaign were from the San Francisco Bay Area, which required them to drive three hours by themselves or choose to stay overnight.

However as the number of families in need of help increased, the demand for volunteers grew rapidly. As a result, Tzu Chi volunteers began to travel together at their own expense after holding a large-scale distribution the following week. Tzu Chi volunteers arose early in the morning to travel from San Jose and Auckland all the way to San Francisco on Sunday, got up early the following day and returned late that day to set out for disaster relief. 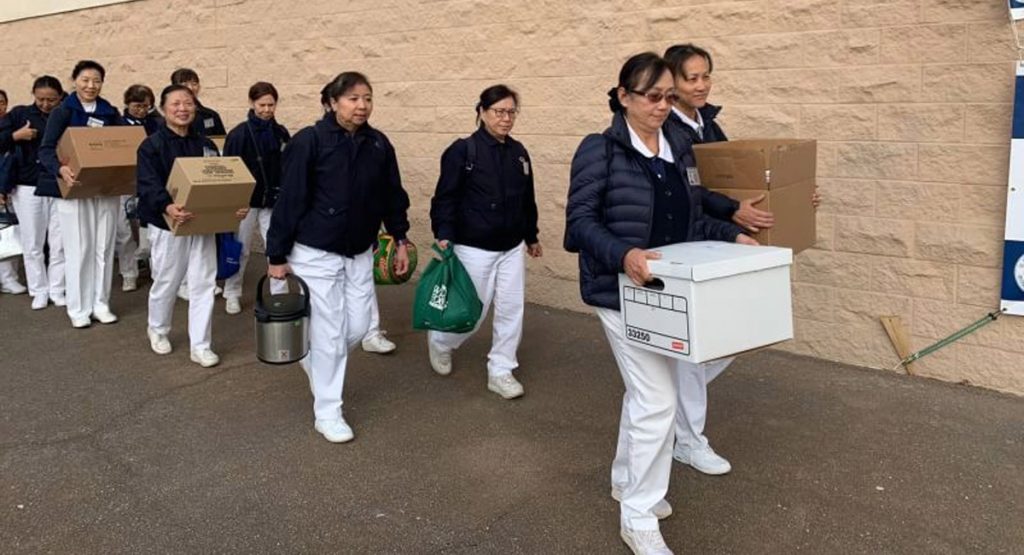 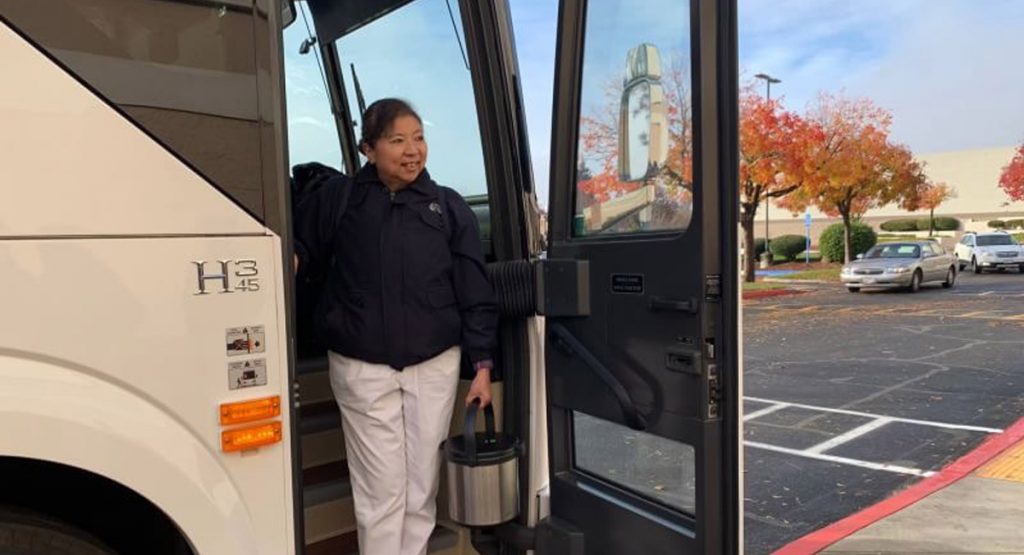 It was Tzu Chi volunteer Qiu Ziling’s (Dharma name: Ci Qian) first time taking the bus to a disaster relief center. She woke up early in the morning at 4 a.m. to prepare. She said, “I am not tired; I didn’t go to the disaster center last week. But I woke up at 4 a.m. and prepared the hot vegetarian lotus seed soup and vegetarian hot pot soup for them, and let volunteers take them to the disaster area.”

Qiu Ziling was planning to drive to the disaster area with other volunteers on Thanksgiving Day, but due to the bad air quality caused by the Camp Fire Tzu Chi volunteers were worried about Qiu Ziling’s health, as she had just recovered from cancer two years prior. The volunteer team was afraid she wouldn’t be able to endure the commute and the long service hours outdoors in the bad air. Nevertheless, Qiu Ziling persisted. She still got up early and provided hot food to help disaster survivors. 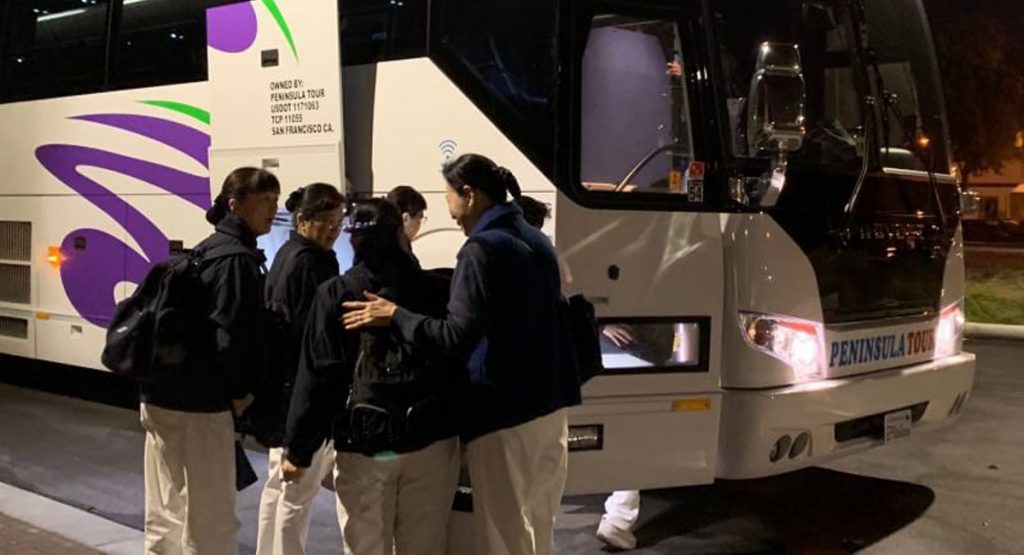 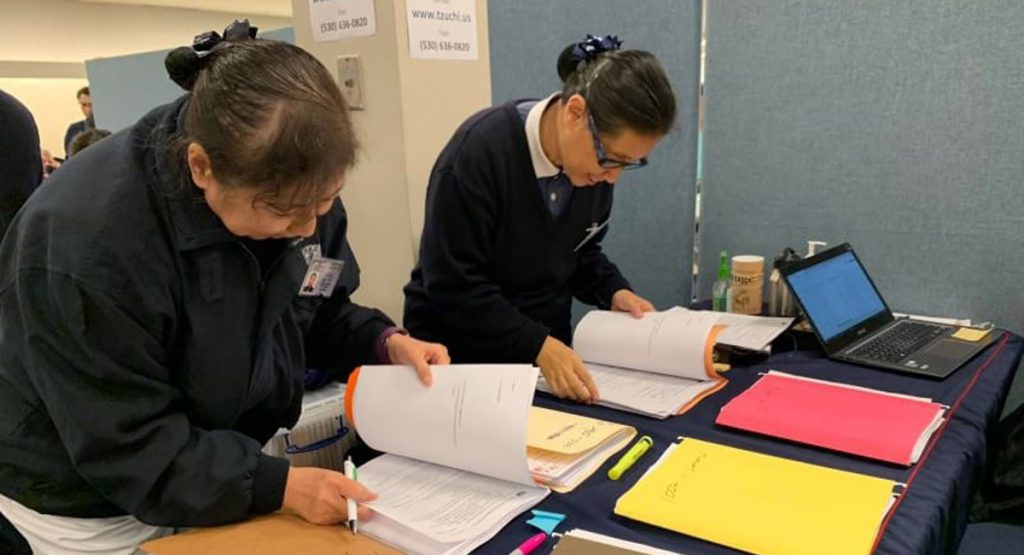 Knowing that there were buses being shared for the week and that the long journey is relatively safe, volunteers were able to take a little rest. Qiu Ziling rushed to sign up for the front line relief, and chose to go on Friday. “Most of the office workers are unable to participate in relief on weekdays. My participation on Friday can supplement the very tight demand of volunteers in the disaster area.”
The bus turned off of the highway, and onto the road to Chico. It took three hours for the car to move forward in the hazy view of the heavy fog in the morning.

From the darkness, the bus emerged and took the blessed volunteers North to the Chico Disaster Relief Center. When the volunteers arrived, it was already dawn as light appeared in the distance.