Tzu Chi USA in partnership with Living the Change will be bringing you stories of real-life journeys and struggles in reducing our everyday impact on the climate. You’ll find these accounts inspired by honesty, sincerity, faith, a deep love for the Earth, and the desire to embrace compassion – the way Living the Change seeks to engage every individual.

Born and raised in Asia-Pacific, one of the most vulnerable regions of the world in terms of the devastating effects produced by climate change, it’s normal for me to receive news regarding floods, droughts, heatwaves, and other natural disasters that occur across the continent.

Rising sea levels, increased frequency of flooding, dangerous storms, landslides, heat waves, droughts, coral bleaching, and ocean acidification — these are the consequences of global climate change that I'd been taught about in school since primary level. However, I never learned that we, humans, are actually the ones who are inflicting this harm onto Mother Earth and to the other human beings we share this planet with.

Without knowing the causes and the respective consequences of climate change, the fatalities reported from these natural disasters were once only numbers to me. I soon realized, however, that the communities that end up suffering the most due to these catastrophes brought forth by climate change were usually not the ones contributing to its chief causes, such as overwhelming greenhouse gas emissions.

So, who should be held responsible for the economic and social ramifications, and for the lives tragically lost? The answer, at its core, is us. It is ultimately the unsustainable lifestyle choices of humanity and the irresponsible patterns of consumption that can directly or indirectly exacerbate the negative impacts of climate change.

But if we are the cause, that means we can be the solution, too.

So, how do we do it? How can we bring about positive change? It can actually be as simple as throwing rubbish into a trash bin instead of the side of the road. We just need to begin with ourselves. We can start with the daily habits and personal behaviors that we are able to control.

Inspired by an organization that I have been volunteering with since I was 15 — the Buddhist Tzu Chi Foundation — I’ve learned that everyone is capable of making an impact and can contribute to positive climate action and environmental protection. Reducing our carbon footprint is one thing that everyone can do in their own way through the reduction or elimination of meat consumption, the use of public transportation, and the conservation of energy and natural resources.

When we stop consuming in excess, the private sectors will stop producing in excess; when more people stop eating meat, there will be less meat in demand, therefore, reducing the need for factory farming, and making way for more plant-based, environmentally friendly, and sustainable choices to be introduced and invested in. When people overwhelmingly express a preference for renewable energy over the burning of fossil fuels, there will be more investments and developments in renewable energy.

Perhaps these actions might seem small or improbable to some with the threat of climate change ever-looming on the horizon, but we should not overlook the tremendous impact that such changes can set in motion.

If each one of us is like a droplet of water, when we act together, we can create an ocean of change that creates ripple effects across the globe. We each must realize that the power to change and to decide to be better is in our hands; unified, we can shape the future we want, and the future that we would like to save and help flourish for future generations.

The race against climate change is not so much about what difference one single person can do alone as it is about the whole global community coming together to act, and to be the change that we want to see in the world.

Learn more about Ethical Eating Day and Living the Change to see how you can make a difference. 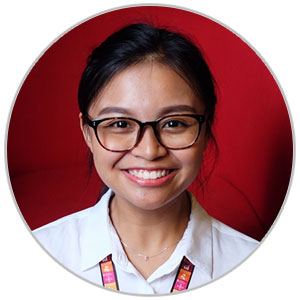 Yee Siang Yong represents Buddhist Tzu Chi Foundation at the United Nations, particularly in the circle of women and girls, as well as youth. Focusing on issues including climate action, gender equality, and women empowerment, Yee Siang aims to raise awareness and create actionable commitments to make the world a better place.