On the morning of Sunday, August 16th, 2020, a severe lightning storm combined with a record-breaking heatwave, igniting several wildfires around Northern California, and creating what is now known as the Lightning Complex fire.

The blaze has raged on for over two weeks despite the efforts of courageous first responders, and has burned through 85,746 acres of land as of September 3rd, 2020. Fortunately, however, the situation has subsided somewhat, and the original weather forecast of yet another lightning storm has been lifted. Currently, the three main fire sites — including CZU, SCU, and LNU — have gradually been steadily brought under control, and the threat to the locals in the Bay Area has been reduced.

Once it was safe enough to travel, Tzu Chi volunteers from our Northwest regional branch visited the evacuees to offer assistance and provide immediate care. They also assessed the needs of the area to prepare for future relief distributions.

On August 30th, a team of 17 Tzu Chi volunteers brought eco-blankets, cloth masks, and Tzu Chi Journals to the Santa Cruz County shelter near the site of the CZU fire in the south Bay Area for the evacuees. This is a temporary shelter set up and managed by the Seventh-day Adventist Church. It was officially opened on August 20th for residents affected by the CZU wildfire.

At the Temporary Shelter

The CZU fire in the southern Bay Area was one of three major fire sites in the Bay Area. Minjhing Hsieh, Executive Director of Tzu Chi’s Northwest region, visited the Santa Cruz County shelter for the first time on August 27th alongside volunteers Grace Chen and CM Yung. Volunteers learned more about the shelter from the site manager, Mark Larson, who told them that the area is 110 acres, has 71 cabins, and a parking lot that can accommodate 150 RVs. On August 20, nearly 500 evacuees occupied the shelter, of which, about two hundred people lived in the cabins, and about three hundred lived in 130 RVs.

When Tzu Chi volunteers came to the shelter again on August 30th, offering their donations of masks, eco-friendly blankets, and Tzu Chi Journals, Mark welcomed them gratefully. He asked if he could see the eco-blanket that volunteers had described last time, and he was pleasantly surprised to learn that despite it being crafted from recycled materials, like PET plastic bottles, it was soft and comforting to the touch.

Residents in some areas had received notifications in the previous two days stating that they could return home, and on August 30th, there were less than 300 evacuees residing in the shelter. Mark thanked the volunteers for their care and supplies.

Gratitude from the Evacuees

Patrick, who has Parkinson’s disease, lives with his family in Bonny Doon. They received a mandatory evacuation order and have already been staying at the shelter for eleven days. The temperature at the cabin dropped, leaving them feeling the cold at night. After receiving Tzu Chi’s eco-blankets and cloth masks, a family member named Nancy expressed her gratitude, saying, “Thank you, these are really helpful and practical.”

Another family who had to evacuate is still uncertain when or if they’ll ever be able to return home as well. When they received the eco-blanket and cloth mask, the grandmother expressed her heartfelt gratitude in Spanish: “We have no home now. Thank you so much for giving us these blankets and masks.”

Joe is a contract worker living in Redwood Grove near the CZU fire. At the age of 65, he said sadly that if the tools he had to leave at home are damaged, he might be forced to retire. However, he didn’t receive a return home notification, and can’t do anything for now. The anxiousness he felt upon seeing helicopters hovering in the air and police officers knocking on doors as they informed everyone of the emergency was still fresh in his mind. But with an eco-blanket on his lap and a clean replacement for his face-covering, he could feel that he was not alone. “Thank you for your time and for bringing these supplies,” he said.

Frank, a software engineer living in Ben Lomond, was evacuated from his home to the shelter and has not been able to return home. “I’m afraid I’ve lost everything at home; every donation is helpful,” he said. “I don’t know what else to say besides thank you. Thank you for giving me the blanket and mask.”

Salini, a holistic healer, received a Tzu Chi Journal from the volunteers as well, and learned that Tzu Chi is a charity organization centered on compassion and relief. She immediately showed the volunteers a tattoo on her arm: a Chinese character for “love.” She said that each of them was giving their own form of love and healing, and recited a blessing for the Tzu Chi volunteers, wishing everyone peace and love.

An Answer to the Evacuees Living in RVs

Bob has lived in the RV for several days. While receiving an eco-blanket from Tzu Chi volunteers, he noticed the organization’s name, and understood that the volunteers came from a Buddhist charity. He shared that he would sometimes go to a nearby temple where Buddhas and Bodhisattvas were worshipped. Although he was not involved in many Buddhist activities, he believed in Buddhist philosophy, and found peace through meditation. Bob accepted the Tzu Chi eco-blanket with sincerity, and said, “Thank you for your love and care.”

Although Brian had evacuated to a shelter temporarily, he knew he was very fortunate that his home was safe, so he said that he also wanted to help those in need, like Tzu Chi volunteers do. “I will help spread the news in the community,” said Brian, “letting residents know that Tzu Chi can help if they need any assistance.”

Monterey County was also affected by the Lightning Complex fire in addition to three other small to medium-sized wildfires. About 165 households were affected, the occupants of which have been placed in hotels.

Tzu Chi volunteers, PJ Tan and Lisan Hor, visited the Monterey County Local Assistance Center on August 30th and assessed their needs. Volunteers introduced Tzu Chi to the person in charge, Michael Derr. It was the first time Michael heard of Tzu Chi and was moved to learn of the relief Tzu Chi brought for Camp Fire survivors in 2018.

Northern California’s Lightning Wildfire is widespread. Many residents have been evacuated and the City has set up designated local assistance centers to help. Tzu Chi volunteers from our Northwest regional branch visited the Santa Cruz County Evacuation Center on August 30th. The donated eco-blankets and masks were the first phase of aid to care for the evacuees. In the future, Tzu Chi volunteers will assess the feasibility of setting up Tzu Chi service locations at various Local Assistance Centers (LAC). At the same time, Tzu Chi USA will design and provide a website for the wildfire survivors to request for assistance online. While praying that the lightning fires in the Bay Area will be fully contained as soon as possible, Tzu Chi volunteers have taken immediate actions to further assist the residents in the Bay Area to successfully overcome the challenges brought by the wildfires.

Tzu Chi volunteers will continue to support and empower the communities we serve throughout the COVID-19 pandemic. You can assist us as we aid struggling families all across the nation. We’re calling for 500k donors to help us raise $5 million in charitable donations for our pandemic relief efforts. Every dollar counts, and in these challenging times, your selfless gift of $10 can help us deliver hope to those who can’t afford to feed their families, or provide essential PPE to individuals on the frontlines. If we can inspire 500,000 people to participate, we can reach $5,000,000 in relief! 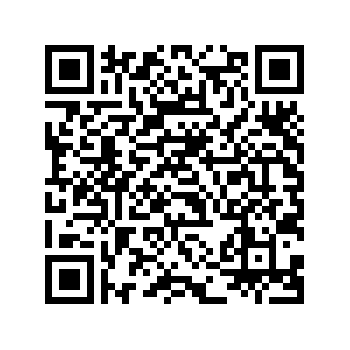