How Tzu Chi USA Responded to the Camp Fire 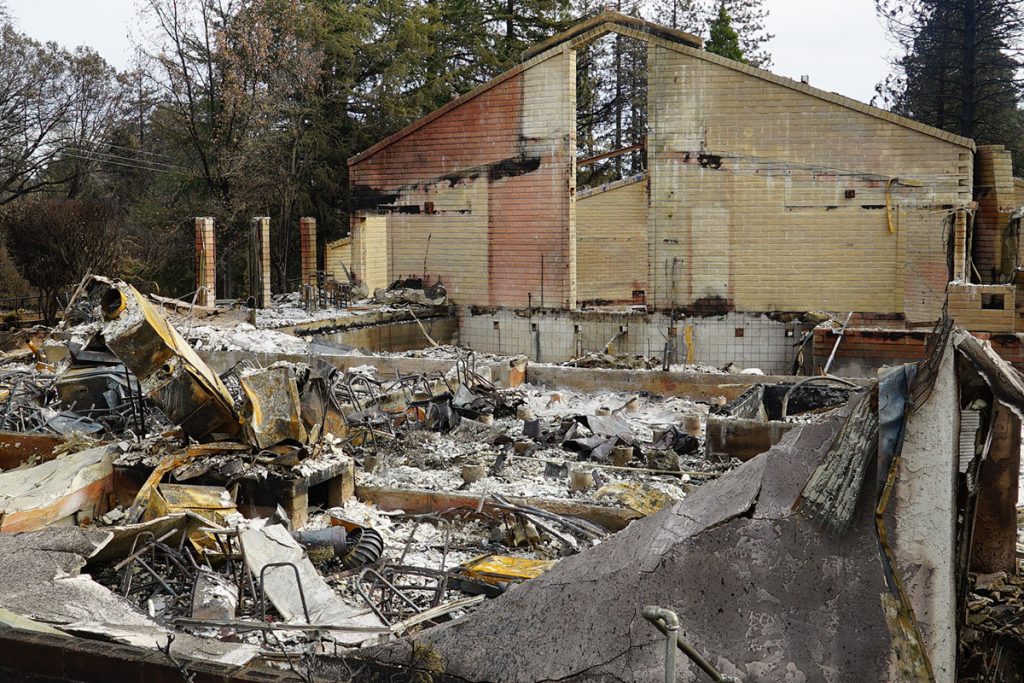 At sunrise on November 8th, a fire began along the Feather River in a secluded area of Butte County, California.  It moved at the speed of a football field every second and reached the town of Paradise by 8 AM.  By 6 PM, 17 miles and thousands of homes had burned.  That evening, volunteers and staff from Tzu Chi USA’s Northwest Region gathered for an emergency response team meeting.

In the Hour of Need​

“We saw the news… we decided we needed to take action immediately,” recalls Minjhing Hsieh, CEO of the Northwest Region. At the same time, Tzu Chi USA was monitoring another fire, the Woolsey Fire in Los Angeles County. But, Dr. Han Huang, CEO of Tzu Chi USA, noted that this fire was different: “suddenly, Paradise was gone.”

The next day, November 9, volunteers from Tzu Chi USA’s Sacramento Service Center drove up to Chico, Paradise’s neighboring town, to survey the shelters which had been set up by the American Red Cross the night before.  They saw not every family had received blankets, and for those who did, the blankets were thin.

That very night, two vans from the Northwest Regional Office in San Jose arrived in Chico at 10 PM.  They contained Tzu Chi’s exclusive Da Ai technology blankets (each made from 63 recycled plastic bottles).  In the midst of chaos, they offered physical comfort. 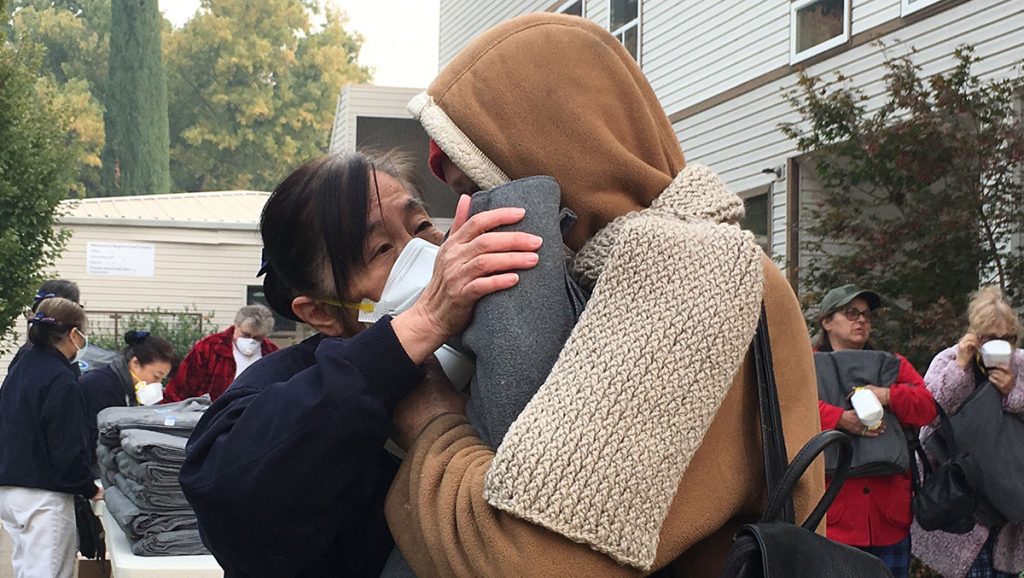 As each blanket was given, names and phone numbers were collected in anticipation of a cash card distribution- a distinguishing hallmark of Tzu Chi USA’s many disaster relief missions.  This information would be critical as Tzu Chi USA transitioned to its next phase after immediate disaster response: financial aid provisions at the FEMA Disaster Recovery Center (DRC) in Chico on November 15.

The Birth of "Hope Heals"

They began with a modest booth, but the location was ideal: Hsieh explains “the DRC would be the focal point- the central point for resources, for information, for communication for agencies.”  This function would be vital to the ambitious goal set by Tzu Chi USA’s new disaster relief campaign, Hope Heals: to lift the hearts of 10,000 families impacted by the Camp Fire.

Families/households of up to two would receive a $500 cash card; up to four, $600; and five or more, $800.  This would mean that at its lowest end, Tzu Chi would have to be prepared to dish up $5 million, and at its highest, a whopping $8 million.

Already towards the end of the year, this meant Dr. Huang, as the head of Tzu Chi USA, would have a large financial mountain to climb.  “The reality is… most people have donated to their favorite charities already,” he explained.

Still, he is optimistic that the public and private sector will show its generosity given the severity: “it’s like a war, and a whole city has just been destroyed.”  Certainly, this fact was not lost on Dharma Master Cheng Yen, founder of the Buddhist Tzu Chi Foundation, either.

A Mission from Master

All too familiar with disaster and life’s impermanence, Dharma Master Cheng Yen shared her concern with her disciples and Tzu Chi volunteers around the world.  After all, this wildfire was the most deadly and destructive of California wildfires in modern history.  She stressed relief come to those suffering as quickly and as broadly as possible.

It was Master’s great hope that 10,000 families could be helped by Tzu Chi USA before the one month anniversary of the Camp Fire.  Tzu Chi volunteers across the country swiftly mobilized. 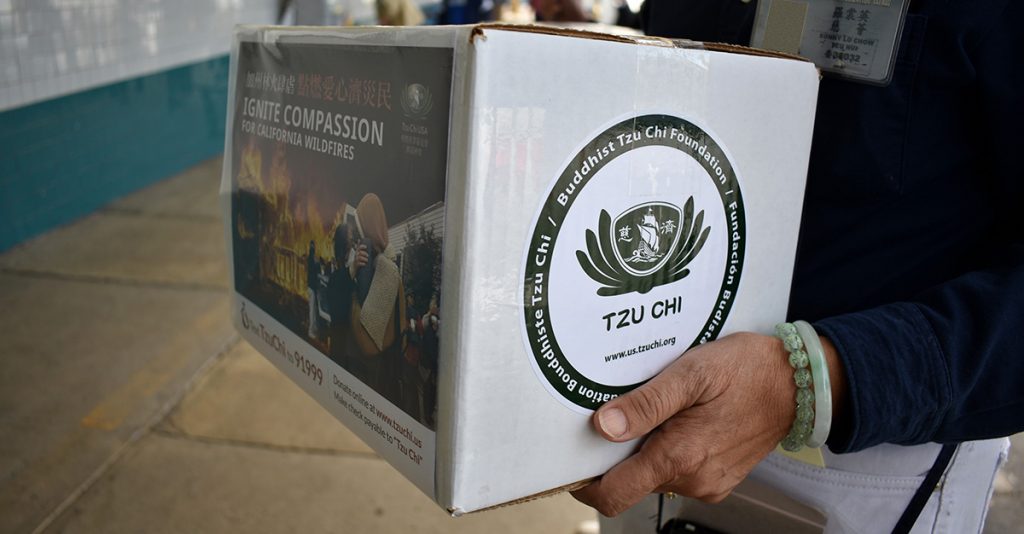 Over the next two weeks, volunteer street teams across 200 locations in the United States, would brave the elements before and after Thanksgiving to hold boxes encouraging donations for Camp Fire relief efforts.  What’s more, a robust campaign on social media, including a PSA, spread awareness, too, and an online registration form was created to have affected families pre-register for aid back at the Chico DRC.

There, Tzu Chi USA’s space slowly expanded, thanks to the help of FEMA.  Each day, families were given appointments via text to receive a cash card from Tzu Chi’s relief operations at the DRC.  Hsieh described the scheduling as allowing for enough time for a quality interaction- the other element that makes Tzu Chi’s relief distinct from other organizations.

“That’s the most precious time we want to utilize, instead of just giving out money alone,” he says of the sensitive moments after trauma.  Rather, the real value comes in the emotional connection, i.e. quality over quantity.  “They will spend the money, they will move on. But, people will remember how they feel… when we patiently and kindly listen to their struggles,” Hsieh highlights. 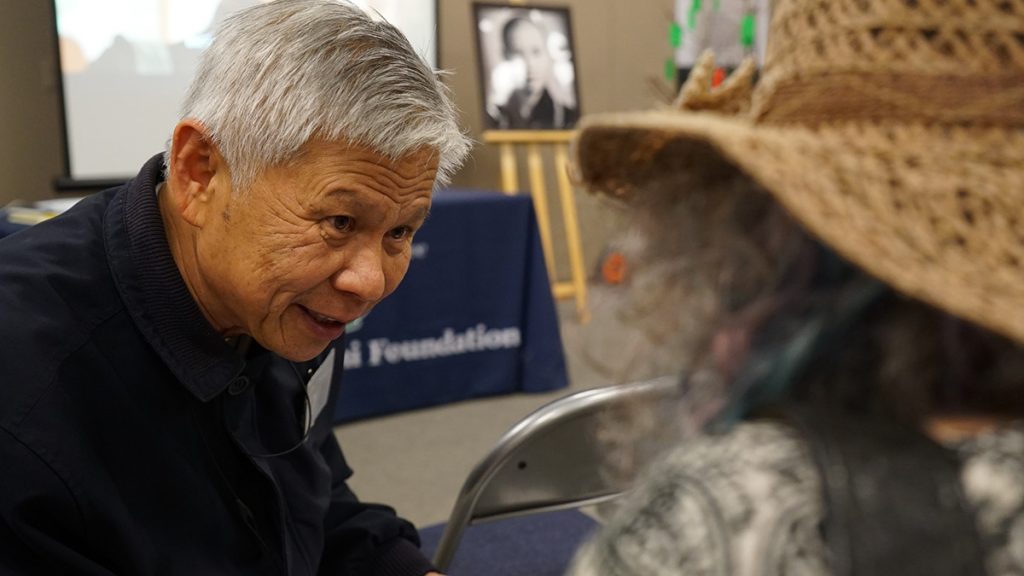 Prioritizing quality has its great payoffs- especially when one recipient who’d lost his home, Paradise Council Member Michael Zuccolillo, received his cash card.  He made a Facebook Live video about his experience.  It garnered over 2,000 views from his followers, many fellow council members and neighbors.  Word-of-mouth, especially for an organization with relatively no name in the area, could be gold.

Still, reaching the goal of 10,000 would be a struggle if somehow things were not expedited.  It was time to rally for more help on the ground. 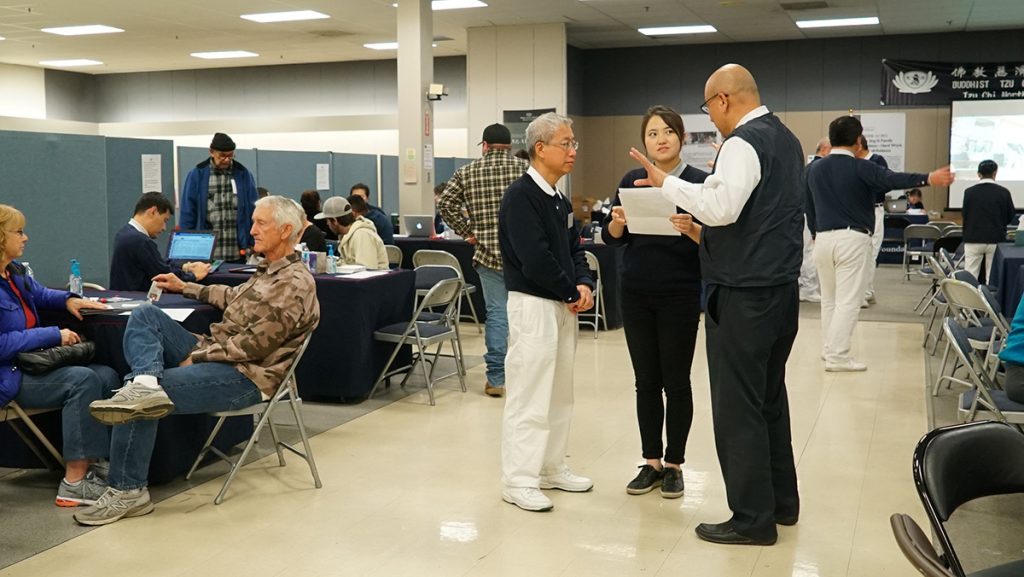 On November 22, Thanksgiving, Dr. Huang arrived in Chico from Los Angeles with Jackson Chen, the Executive Vice President of Tzu Chi USA, coming the next day.  Working with Hsieh, the Tzu Chi Relief team brainstormed tactics to get as many people in the door and helped in as short a time as possible.

With just hundreds being helped a day, Chen exclaimed, “can you imagine: it would take more than a month to get through it all!” He took on the task of re-arranging the space and managing volunteer shifts to help maximize the workflow. 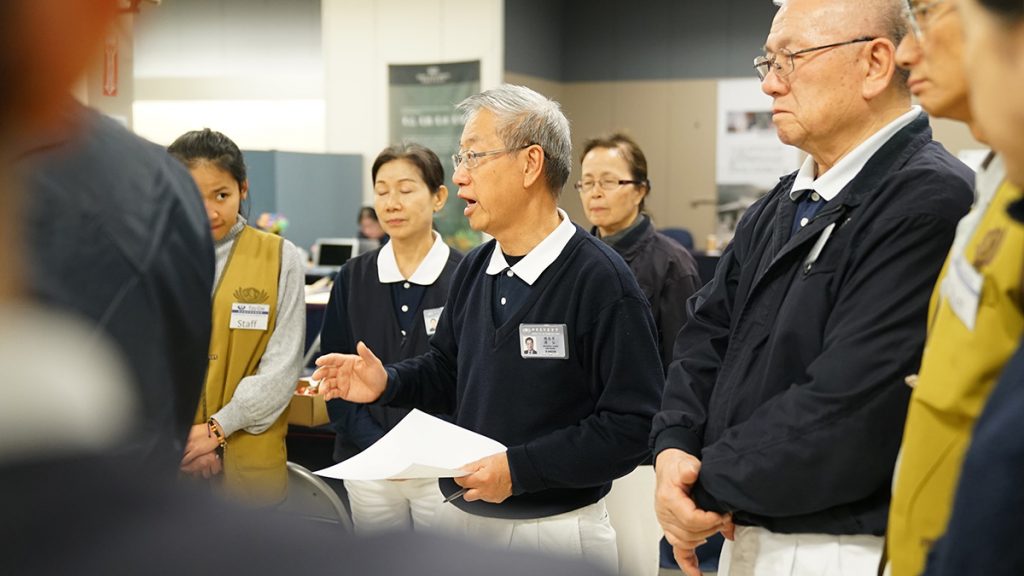 This included three organized stations: a waiting area, check-in, and the distribution area.  Still, one of the biggest challenges? Chen smiles and says, “lunch.”

Tzu Chi USA is a volunteer-based organization after all, and he giddily said, “everybody wants to eat!” Around noontime, he decided to send only a third of volunteers on the floor on a modest break so as not to disrupt the influx of visitors as much.  Still, with hours as long as the Chico DRC was open to the public each day, it would be important to keep morale high, especially because volunteers faced other hurdles.

“The closest Tzu Chi Service Center is in Sacramento,” explained Hsieh.  That’s nearly two hours away from Chico. Yet, Hsieh was able to rally volunteers from all around the Bay Area, who arrived together in buses, and a national call was made to invite willing and able volunteers from other Tzu Chi chapters.  All paid for their own flights/travel and lodging, with some journeying from as far as New York City or driving for hours from within California.

From the bottom of my heart, I really appreciate the volunteers for sacrificing their [Thanksgiving] holiday, their time with their families,” conveyed Dr. Huang. As a CEO, too, though, he and Hsieh have done the same, traveling to volunteer through what is arguably America’s most celebrated holiday.

In fact, the two could be seen greeting visitors, fielding phone calls, working check-in, and sitting down with families to personally give them their cash cards.

Some may say it’s inappropriate for a CEO,” admitted Hsieh, “that I should have more important things to do."

On getting in the trenches himself, he stresses an important point: “it’s important for my fellow volunteers to know that we are equals.  Yes, I am a CEO, but, first, I am a volunteer.” He concedes an even bigger point, too; that as volunteer-based organization, all are passionately committed to doing good, but can have different opinions on doing so.

“Others will have a different point of view that you may not have thought about… that is when true collaboration can occur,” Hsieh noted.  Ultimately, his colleague Dr. Huang points to there really being only one captain on the ship. 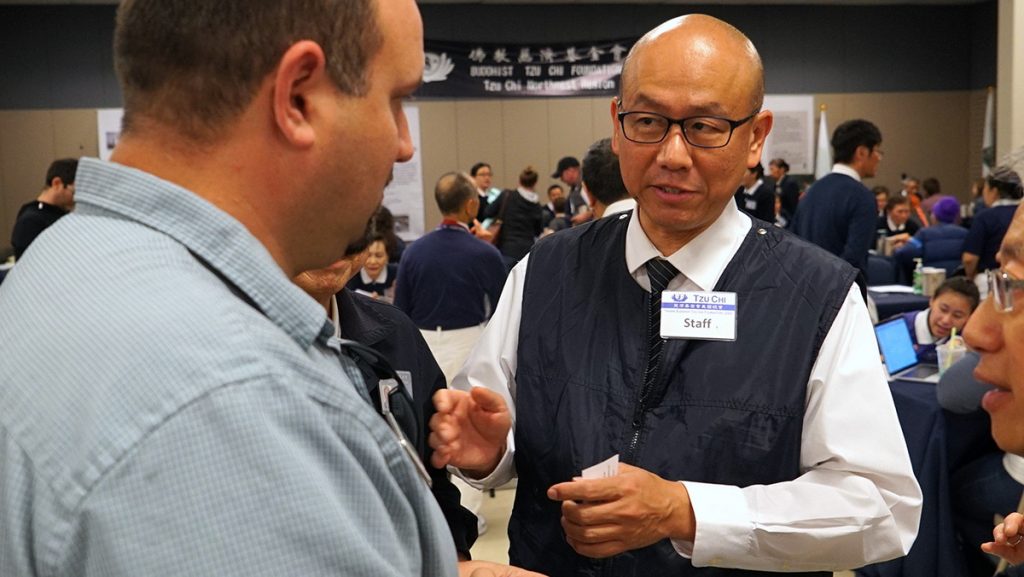 “The Founder,” he says reverently of Dharma Master Cheng Yen; “whatever she wants to do, whatever direction, whatever goal she sets, we try our best to do… When we try to reach that, we try to do it as harmoniously, as smoothly as we can.” This emphasizes the unity- despite individual differences among leadership- those who are part of Tzu Chi USA strive to honor when carrying out the mission of relieving the world’s suffering.

“Yesterday, a mother and a daughter said they were planning to move to Washington state tomorrow, which means today.  They’re moving on. There are many cases like that,” Dr. Huang explained. This meant the team’s efforts were a battle against time, even with the best of intentions.

“We want to be the first [to provide aid]- and the last,” Chen declared.  Moreover, it’s this mindset of excellence that has propelled a small group of women serving rural Taiwan in 1966 into a global organization that by now has served 97 countries and has projected the Hope Heals campaign as far as it has.

Taking the Next Step

Once the emergency phase concludes, however, Tzu Chi Northwest will offer select care recipients special case support for the long term, with exact details to be determined.  “There are a lot of seniors who depend on social security,” Dr. Huang noted. He estimated seniors to roughly equate to 25% of overall care recipients, making a holistic recovery for the community exceptionally challenging.

Yet, despite all the obstacles, the sheer joy to serve seen in any given Tzu Chi volunteer is a testament to the organization’s strengths and values.  Just ask Hsieh, a former software engineer, or Dr. Huang, a former molecular biologist. 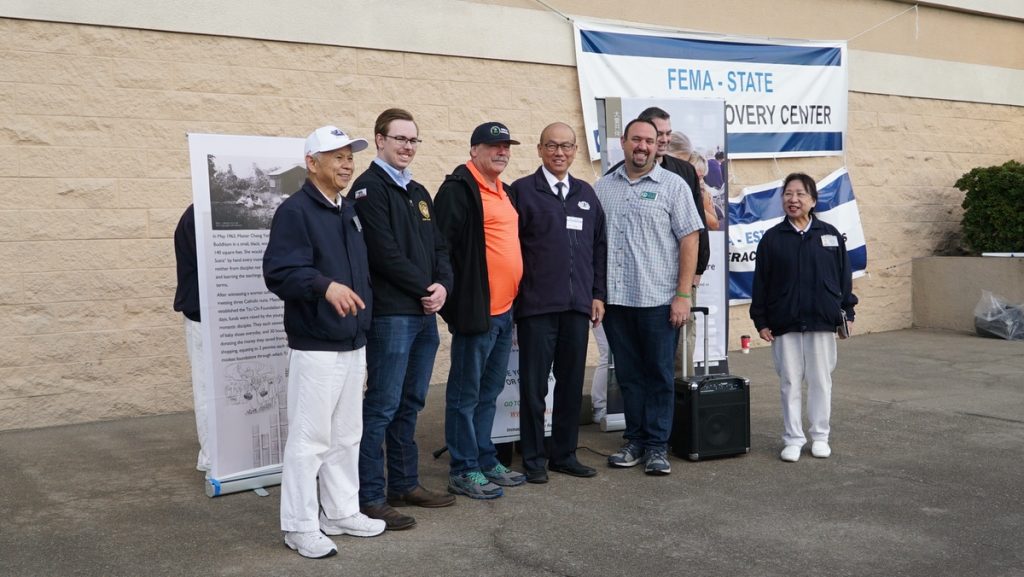 “I never had to speak with media, do a press conference… But now, I have to face the camera and sometimes have to do impromptu speeches!,” Hsieh chuckles.  Of the work he does now, he says the exposure to people of all different backgrounds “is broadening, challenging, but also very rewarding.” He is not alone in this feeling.

“I’m a scientist,” Dr. Huang proudly declares.  “There are so many things we cannot explain [through science], especially people, because they work with feeling,” he says of his now two careers.  “I’ve gotten to know how to become a warmer person, a person who really touches people’s hearts,” he beams.

To date, Hope Heals has succeeded in giving hope to 8,492 Butte County families, benefitting over 18,865 individuals, and amounting to more than $4.27 million in aid.  After seeing the worst of California wildfires, Dr. Huang often tells care recipients “your new chapter will be a better one.” And as Tzu Chi USA celebrates its 30th anniversary in 2019, we certainly hope it will- for everyone. 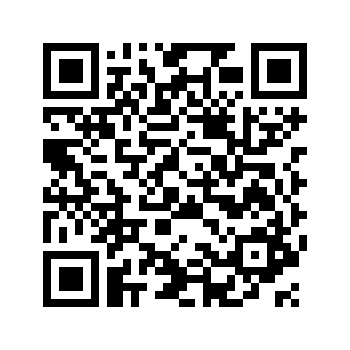