Practicing the Dharma with Tzu Chi

Once we take refuge and set forth on the Buddhist path, it’s up to us to take the Dharma to heart and practice diligently. The Tzu Chi Buddhist path lies within the Jing Si Dharma lineage. As expressed in its Lineage Prayer, practice comprises both personal spiritual cultivation and a vow to deliver all sentient beings.

Only with Dharma in our hearts can we help others cross over this flow of Samsara (the repeating cycle of birth, life and death).

Actively serving the needs of others and striving to relieve their suffering is central to the path, and Master Cheng Yen further urges those who are involved in Tzu Chi’s missions to pay sincere attention to how they spread the Dharma. She points out how Tzu Chi volunteers can let people understand the Buddhist principles of Tzu Chi through the way they’re reflected in every interaction they have with others.

Those who are part of this lineage include monastics as well as lay practitioners, and they’re all on the path of cultivation, since Master Cheng Yen often points out that the Dharma is impartial. A monastic practitioner doesn’t gain deeper insight simply by leading a monastic life. Similarly, lay practitioners can still solemnly cultivate themselves while living within society. It’s just that the monastic practitioner, who’s given up family life and romantic love, leaving behind worldly attachments and emotions, is able to focus more fully on spiritual cultivation and awakening compassion for all beings.

Still, along the Buddhist path – whether monastic or lay practitioner – it’s easy to focus on the faults of others rather than examining one’s own behavior. One must move beyond this, especially if part of a community of practitioners:

Practicing Dharma involves working with the bad habits. They can be transformed gradually only through listening, studying and applying the Dharma. If we want to cultivate ourselves and work together in a group, we must be open-minded and tolerant in order to attract more like-minded people and sustain our effort to help all beings. Otherwise, we would be like a tree with full branches and leaves but no deep roots, which would be easily blown down by the wind due to the lack of a solid foundation.

Master Cheng Yen points out that we count on everyone to make the world a better place. Therefore, even if we’re very capable, diligent, and willing to take on hardship, we’ll find it hard to make a positive difference if we’re intolerant, narrow-minded, and unable to nurture and see the potential in others.

To do good and benefit all beings, we must foster good affinity with other people.

While practicing the Dharma with Tzu Chi, Master Cheng Yen counsels everyone to adopt a gentle attitude and welcome all.

There is rich Dharma to be found in Tzu Chi, one that is able to purify the hearts of all beings. I am hoping that everyone will use sincerity, integrity, faith, and honesty to welcome all mindful individuals, to nurture many seeds that will grow into a full tree to benefit all those who suffer and give shade to all beings. 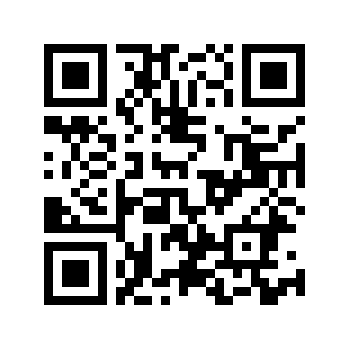