Offering Love and Care After the West Coast Fires

In August and September of 2020, the Western United States reported devastating wildfires, marking the West Coast’s worst fire season in at least 70 years. Even Washington State, with its regularly rainy and cool climate, was not spared from the brutal flames. On September 7th, the Babb Fire began to rage in eastern Washington State, approximately 457 kilometers away from Seattle. Due to strong winds, the blaze now known as the Babb-Malden Fire burned through the small town of Malden and smaller Pine City, leaving 121 homes in complete devastation, as well as eight businesses, and 94 other buildings. In Malden alone, 80% of the buildings were tragically destroyed, including that of the historic post office, city hall, library, and the fire station.

Eighty percent of the buildings in the small town of Malden were destroyed by a wildfire. Photo by Mingchih Lan.

At four o’clock in the morning on September 26, 2020, when it was still dark outside, volunteers met up to depart together and head over to Malden for an event organized by the Multi-Agency Resource Center (MARC) for survivors. The organizations include the American Red Cross and the local government to provide emergency relief. Tzu Chi has partnered with the American Red Cross for many years and was invited to participate in this relief effort together. Although it would take driving for more than four hours one way during the pandemic, Tzu Chi volunteers have striven to uphold the mission of ‘working for the benefit of all living beings.’ And so, at nine o’clock in the morning, volunteers arrived on the scene to set up a booth. The survivors of the Babb fire came to ask how to apply for financial assistance. By the end of the event, fourteen residents had applied.

A Fine Line Between the Fire and Home

When Royle, a Malden resident, came to fill out an application, he looked hopeless.

Volunteers went to Royle’s house to assess the damage to his home. They were speechless when they saw his house had burned down to nothing. There were also several more houses and cars in the vicinity that had been burnt, mangled by the flames beyond recognition.

However, the volunteers were stunned to see that both the house to the left and to the right of Royle’s house were still standing. The neighbor on the right was cleaning up in the yard. Volunteers politely greeted the woman and introduced themselves as Tzu Chi volunteers. During the interview, the volunteers learned that she was out when the fire erupted, but returned home quickly because she was worried about her mother being home alone. A firefighter escorted her home and found her mother was not home at the time, but the fire was approaching the balcony on the second floor. Fortunately, the firefighter and neighbor were able to save the house. The neighbor on the left had also evacuated, like Royle, but somehow, the fire had not managed to destroy the house.

Speeding Up the Processing Time

Witnessing the anguish of the wildfire survivors for themselves had given the volunteers the momentum to further expedite the processing time, so they could prepare for the relief distribution as soon as possible.

At the American Red Cross’s table, a volunteer named Laura expressed that 23 residents had already completed the application the day prior. Laura has been an ARC volunteer for more than twenty years, and is set to travel to Louisiana next for hurricane relief work. Because several disasters have occurred in the United States at the same time, American Red Cross staff members have been exhausted, especially with the pandemic still ongoing. With their tight schedule, they can only ask the wildfire survivors to apply with their contact information. After their internal meetings and discussions, the American Red Cross will call each applicant for an interview to gain a better understanding of their situation and individual needs.

Laura has met Tzu Chi volunteers at disaster relief events on various occurrences, so she’s familiar with Tzu Chi volunteers and their signature blue and white uniforms. During her conversation, she mentioned that a woman who filled out her application at the Tzu Chi booth had come the day before to get financial assistance, and then returned again, hoping for additional resources. They both remembered that when the woman filled out the application form at the Tzu Chi table, she mentioned she only just had shoulder surgery, and now her home had been burned. It was a huge blow for her.

Indeed, Tzu Chi volunteers know the difficulties a family has to endure after a disaster strikes. Through conducting home visits to affected residents, we’ve listened intently to their accounts, and know how deeply their hearts ache. The desire to seek help is a natural human instinct — as is our desire to help ease the suffering of others. Tzu Chi volunteers compiled the information collected on-site and sent them to the American Red Cross for verification, so Tzu Chi can provide relief to the wildfire survivors effectively and efficiently.

Michelle, a Spanish language teacher at a local high school, was among the survivors who filled out an application form. Knowing how teachers sow the seeds of wisdom in their communities, the Jing Si Aphorisms of Dharma Master Cheng Yen quickly came to mind. Volunteers gave Michelle a book of aphorisms in four languages. Her voice became choked with emotion as she read them aloud.

I will cherish this book and teach these good thoughts to the students.

Soon after, Michelle returned and gave the volunteers a handwritten ‘thank you’ card. Volunteers could feel her warmth through the kind words, and felt reassured that the students here have a wonderfully attentive teacher.

Another resident, Laura R., saw one of Tzu Chi’s bamboo banks while she was filling out the form. “Is that a tea can?” she asked curiously. A volunteer named Fandy Tsai explained the story of the bamboo bank, and how we use them to accumulate love from all over the world. Laura was so moved after she learned the story that she’d asked, “Can I take one home?” Laura told volunteers that she would lovingly invest a coin each day in the hopes of helping others in the future.

In the face of difficulty, just wholeheartedly do our best with all our strength and effort.

Although this event can only assist the residents in registering for further assessment appointments, volunteers know how much an attentive ear can help in times of disaster, and additionally prepared handmade cloth masks for the residents and volunteers from other organizations.

The four volunteers drove a long distance to the fire-affected areas. The purpose of the event was to give hope and help to those affected, but Tzu Chi volunteers also felt they’d been offered something as well. On the way back, everyone shared their thoughts and feelings.

During the 921 earthquake in Taiwan, when I returned home, I saw my parents' expressions of helplessness, so I could understand how the wildfire survivors feel this time, and their eyes showed the same helplessness.

Haochieh Hsueh and Mingchih Lan saw with their own eyes that the wildfire appeared to almost have selectively burned down the houses — how a single house may still be standing, but the surrounding homes were completely wiped out. They contemplated the power of Mother Nature, vowing to always strive to think good thoughts, do good deeds, and follow Master Cheng Yen’s teachings to respect all sentient beings.

While taking a break at a rest area next to the Columbia River about halfway through the trip, volunteers gazed upon the beauty of the river, cherishing what they have, and deciding to appreciate every moment. 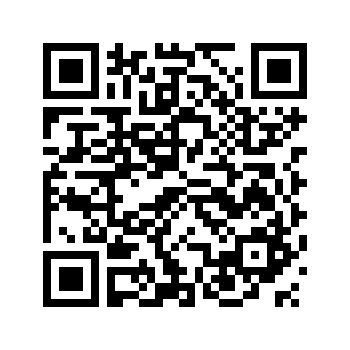