In 2020, the COVID-19 pandemic began having a wide-ranging socio-economic impact worldwide, disrupting traditional study methods as schools implemented distance learning. For many students, this led to new challenges in adapting to remote learning from home.

Tzu Chi volunteers strive to uphold Master Cheng Yen’s teaching of “One must not wait to educate, children are the hope of the future; the hope for their family and society.” Thus, they began investigating to identify a need-gap they could fill. They found that what teachers say students need most are headsets and small whiteboards to use during class.

School counselors, who know the students they serve best, also confirmed this need, reporting that some students have many brothers and sisters at home and are also learning in small spaces. The cramped quarters and noise can easily interfere with their concentration and, therefore, study success.

This issue was certainly a concern in San Francisco for students from schools in Chinatown and Bayview-Hunters Point. This latter has been called “an island of poverty” amidst the city’s generally prosperous urban landscape. Tzu Chi USA’s Northwest Region volunteers with the San Francisco Branch decided to take action in response.

A Program of Hope

During the 2020 school year, Tzu Chi USA volunteers from the San Francisco Branch cared for families in financial difficulty so that their children’s learning could proceed without interruption. They launched the “See 2 Hope” education program, which reached 201 students at Gordon J. Lau Elementary School in Chinatown and 200 students from four schools in Bayview-Hunters Point.

The volunteers set out to fulfill students’ need for headsets and whiteboards for remote learning through the program, providing a distribution of this equipment at Gordon J. Lau Elementary School, the largest elementary school in Chinatown.

Gordon J. Lau Elementary School has 850 students from kindergarten to fifth grade in attendance, 100% from new immigrant and low-income families. As a Title 1 school in California, with a high percentage of children from disadvantaged families, it receives financial assistance from the U.S. Department of Education to ensure that all students meet state academic standards. As part of the school’s aid to families, every child can receive a free lunch.

Around 25% of Gordon J. Lau Elementary School students live in Single Room Occupancy (SRO) housing, where the whole family shares a space of between 80 to 140 square feet in size. Also, more than a dozen SRO households share one bathroom and kitchen. To better understand the circumstances of children learning remotely in SRO housing, volunteers visited several homes.

Indeed, as the teachers had mentioned, headsets are an urgently needed item because in such small spaces, when adults walk around or talk, it can undoubtedly distract children from their studies. Consequently, Tzu Chi volunteers Hsiuping Li and Shuyun Huang immediately searched online to find headsets suitable for students, with the highest product reviews. Most importantly, the headsets were to block external noise and be comfortable to wear.

However, the volunteers encountered some challenges in obtaining the equipment; with all schools in the United States employing distance education methods for which headsets are essential, the popular item is now in high demand. As a result, between finding the right product in sufficient quantity at the best price, sometimes repeatedly with different vendors, it took nearly a month to order and receive all the headsets.

To ensure that children have good quality headsets for class, before the distribution, volunteers tested all the headsets one by one to see if they could hear clearly, whether there were any problems with the microphone, and if the connections were good. Then, the volunteers carefully packed the small whiteboards, erasers, and markers for distribution on October 13, Back-to-School Day.

On October 13, a team of 15 volunteers arrived at Gordon J. Lau Elementary School, a school they’ve been supporting with a food distribution event once a week for the past 12 years. However, Tzu Chi had suspended its food distribution program due to the pandemic, and the parents and volunteers had not seen each other since the first stay-at-home order was issued on March 17.

The parents were all very grateful that Tzu Chi volunteers had returned to the school even though the pandemic is still ongoing, as happy to see them as they would friends or family members that they hadn’t seen in a long time. They expressed their hopes that Tzu Chi’s food distribution events could resume soon and that the COVID-19 crisis would end so everyone can return to their normal lifestyle.

Still, the parents were thrilled at getting the equipment to help their children follow classes from home. Bingwen Chen, one of the parents, explained, “the headset is very important for kids learning remotely. After wearing the headsets, there’s no noise or sound of walking around to be heard.” Another parent, Mr. Guan exclaimed, “Thank you, Tzu Chi volunteers, for giving us the headset and a whiteboard. They’re very useful.”

Eva Kuang said, “My son is in the second grade. His headset broke recently, and he got the new headset just in time. Thank you!” The sentiment of gratitude was widely shared, a parent named Ayi, who also got some masks for her family, adding, “My children need whiteboards and headsets to attend online classes at home, and these masks are handy too when we go out. Tzu Chi gives everything we needed most. I’m so grateful for Tzu Chi’s support.”

Tzu Chi volunteers also gave out supplies of Jing Si Instant Rice, all combined, making the parents most happy for the continuing care, as Jinghua Chen, a mother of two, stated:

I’m so grateful that Tzu Chi has been supporting me and my two kids, both financially and with essential supplies. We received a cash card twice. The kids really like to eat Jing Si Rice and noodles. This morning, I cooked Jing Si Rice for the children. And this time, I’m receiving the headsets, whiteboards, masks, and Jing Si Rice. Thank you so much!

Gloria Choy, the principal of Gordon J. Lau Elementary School, was at the distribution and expressed her thanks on behalf of the school for Tzu Chi USA’s ongoing support:

Thanks to Tzu Chi for distributing emergency aid to families living in SRO housing at our school. I’ve known Tzu Chi for more than 12 years. Tzu Chi has always cared for students, parents, and teachers. When there’s a special case, the first thing I think of is Tzu Chi. Gratitude from the bottom of my heart.

The day after the distribution, Tzu Chi volunteers visited some students living in SRO housing to ensure the children know how to use the headsets they got and see how they’re faring with them. Mrs. Lin, one parent, told the team, “I’m so grateful for the support from Tzu Chi over the past few years. We’re happy to receive the headsets, stationery, rice, and noodles.”

Mrs. Lin then continued, saying, “We live in SRO housing with no soundproofing. But with the headsets, they can’t hear the sounds around them, so they can concentrate on studying online. Thank you for giving us the headsets.” Seeing is believing, and the volunteers could witness this for themselves during the home visits as they watched the youngsters study, entirely focused on their computer screens.

Tzu Chi volunteers in San Francisco are deeply involved in the community and have been for a while. In Chinatown, residents have become quite familiar with Tzu Chi’s blue and white uniforms. When the volunteers walk around in that neighborhood, they always receive warm greetings from the locals, just like close friends or family.

As they were conducting the home visits that day, they heard, “Sisters and brothers, what brought you to Chinatown?” as one resident, affectionately called “Grandma Liu,” ran from across the street to greet them. She expressed her thanks with emotion on behalf of her entire extended family, saying:

I want to thank you, thank [Tzu Chi] for giving my grandson a lot of things, the small whiteboard, headset, rice, and more. I’m so touched that you all are so kind to my grandson! I’m an old lady and don’t understand many things, but I truly appreciate and thank you so much for your support.

Let’s support the needs of underprivileged children! Through their “See 2 Hope” program, volunteers from Tzu Chi USA’s San Francisco Branch are helping children from disadvantaged families succeed as remote learners since schools implemented distance education methods during the pandemic. The children’s success gives their parents peace of mind as well. With your love and help, programs such as these can continue to be initiated and flourish.

Each act of goodness translates to a blessing and reduces suffering in the world. 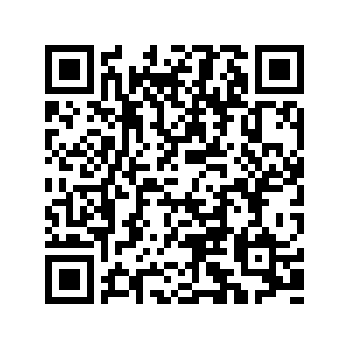