Five Videos to Touch Your Heart 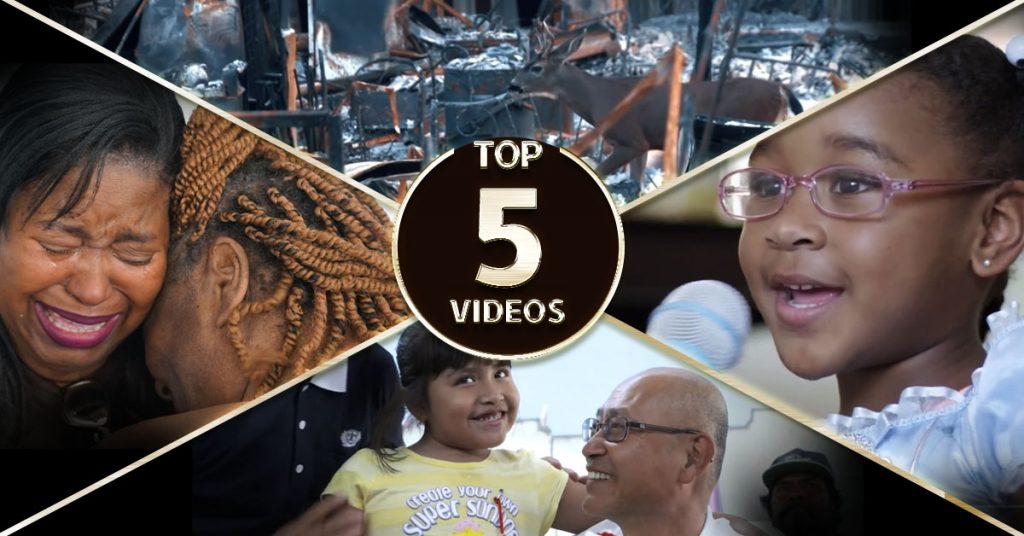 It’s been an incredible year. Our many missions in charity, disaster relief, education, medicine, humanistic culture and so much more have brought us straight into the hearts of the men and women we serve and those who serve them. We’re so grateful to have learned more about them and the world we all live in.

As Tzu CHi USA gears up for its 30th birthday in 2019, we look back on 2018 remembering our favorite moments—ones that reminded us of how much we can achieve when we band together to reach out to a neighbor in need.

Jennifer McElwain is a busy grandmother taking care of both her adult daughter and grandchild in San Bernardino, California. “We didn’t know there was a problem,” she admitted, after Tzu Chi’s Vision Mobile Unit screened her granddaughter’s class and found that her vision was weak.  But, now, thanks to a free pair of glasses from Tzu Chi, Jennifer’s granddaughter’s reading and school performance have soared.

She cried as she told us, “I learned that there are people that care about people…That’s what shows me that there is still love on this earth.” 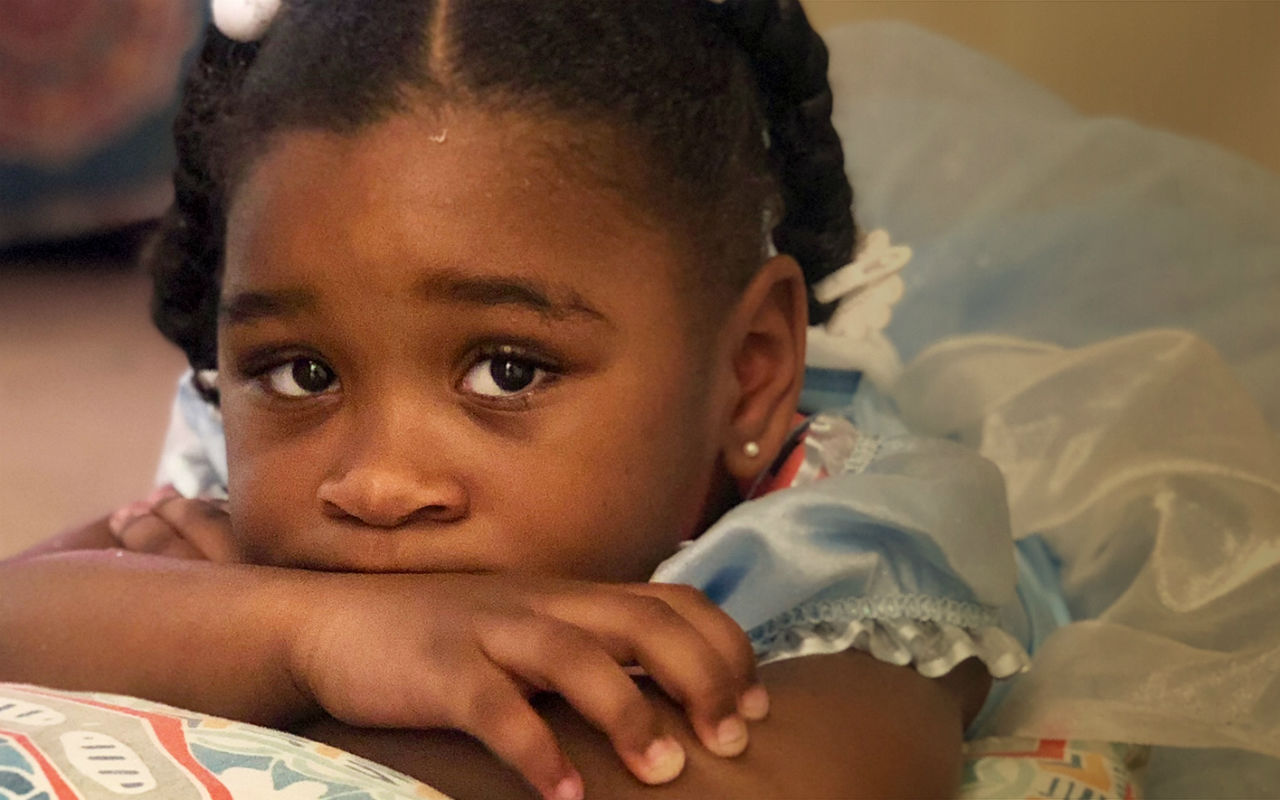 Want to get involved in community health? Learn how at the 2019 TIMA Global Forum and register before December 31st.

Despite the fearsome nature of disaster, people and communities have proven they have the power to overcome the unimaginable. But the trick is, as Kathy Wrencher says, to not let that chaos dampen your spirit.

After Hurricane Florence left her New Bern, North Carolina, home unlivable, she wisely told us “when there’s a storm, you can be in a storm, but you don’t want the storm to get inside of you.” See her story and more in the video series, The Fury of Florence: Survivors and Saviors. 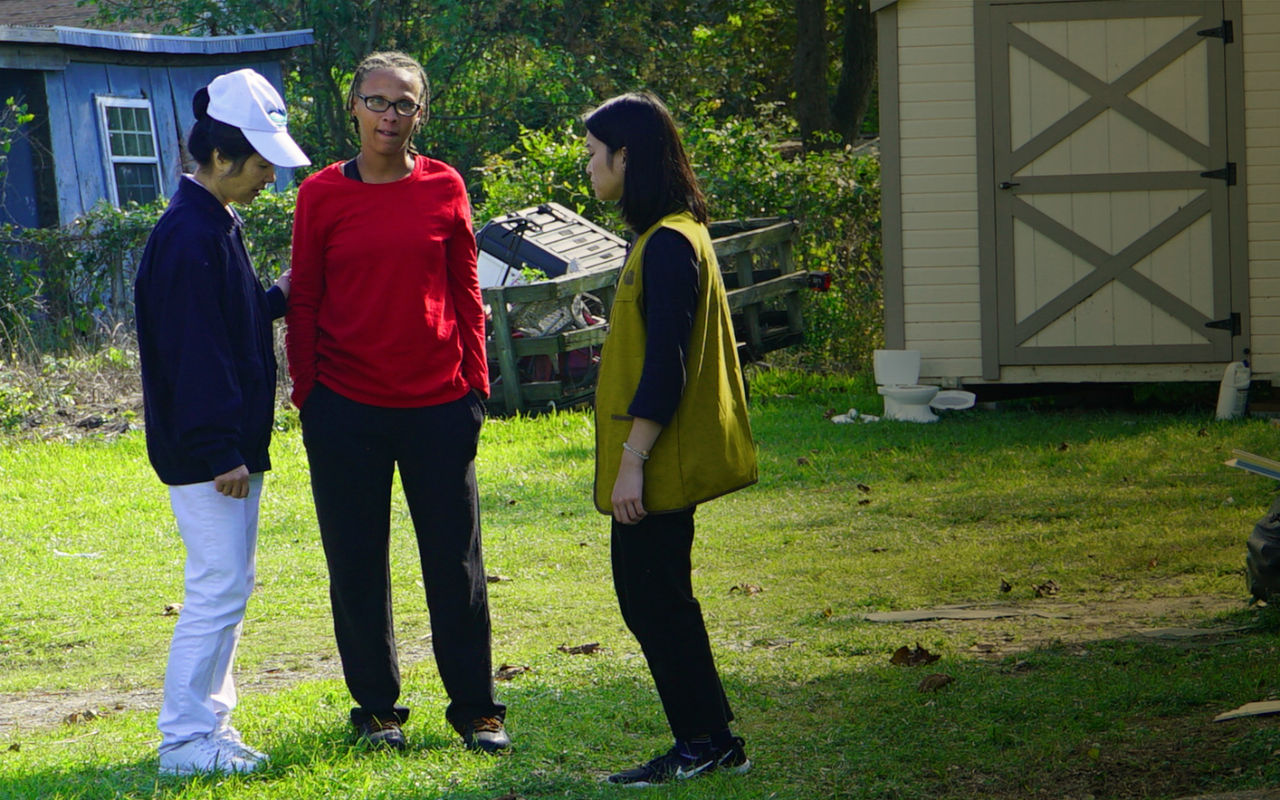 #3 – Journey To Recovery: Courage for The Future

For kids, a trip to the doctor is universally feared- just ask Yaretzi Salgado Rodríguez. She and her family live in Zacatepec in the state of Morelos, Mexico. They attended one of the Tzu Chi International Medical Association’s free medical outreaches- ones it’s been hosting in its effort to offer continued relief after the September 2017 Mexico Earthquake.

But, volunteer Henry Tuan could be seen spreading cheer and holding the spunky little girl as she cried through pain-reducing treatments that blended eastern and western medicines. “I know she’s in a lot of pain,” he says as he cradles her,“[but] I treat her like my daughter. Though I don’t have a daughter, I have one here.”

We hope for the best as Yaretzi receives future treatment in Taiwan. 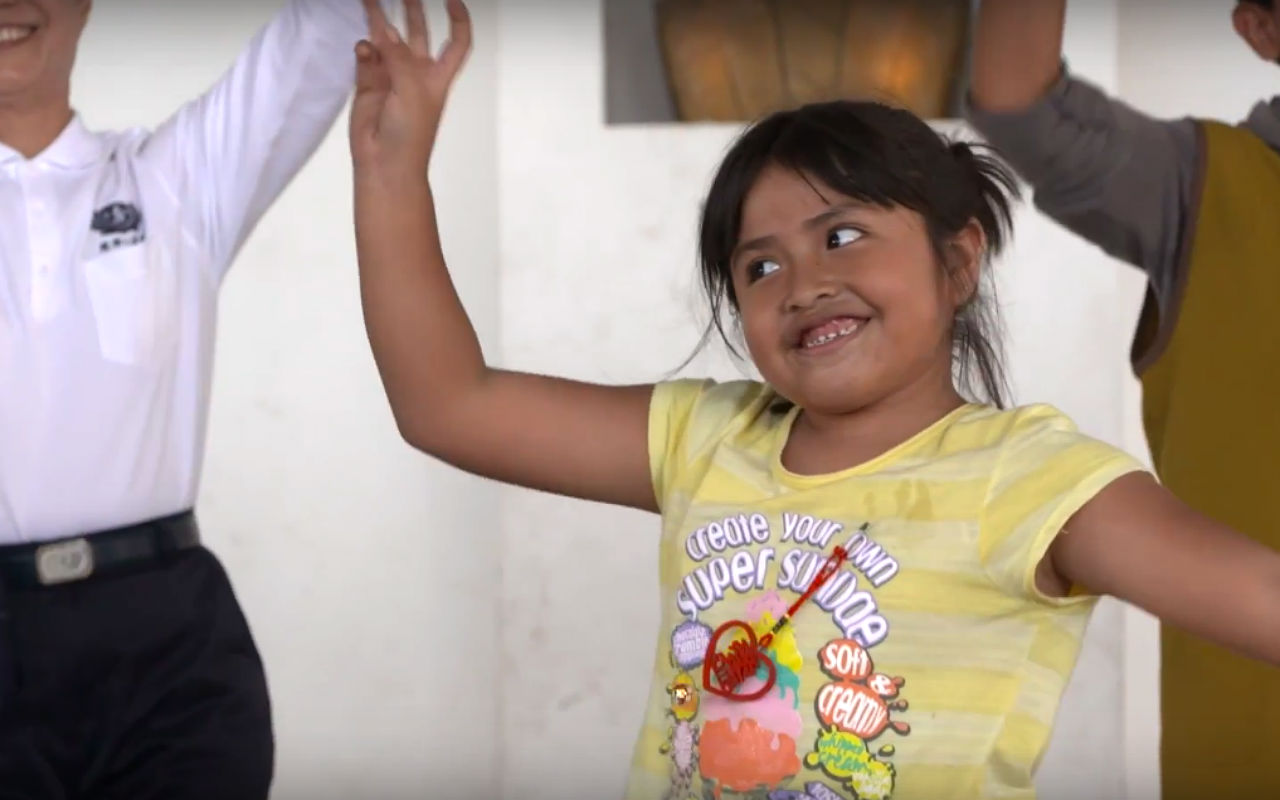 Seeing the light after disaster can be a struggle for even the strongest among us. After Hurricane Michael wiped out entire towns along the Florida Panhandle- including Panama City- we’re honored to have illuminated a new path for families just before Thanksgiving. 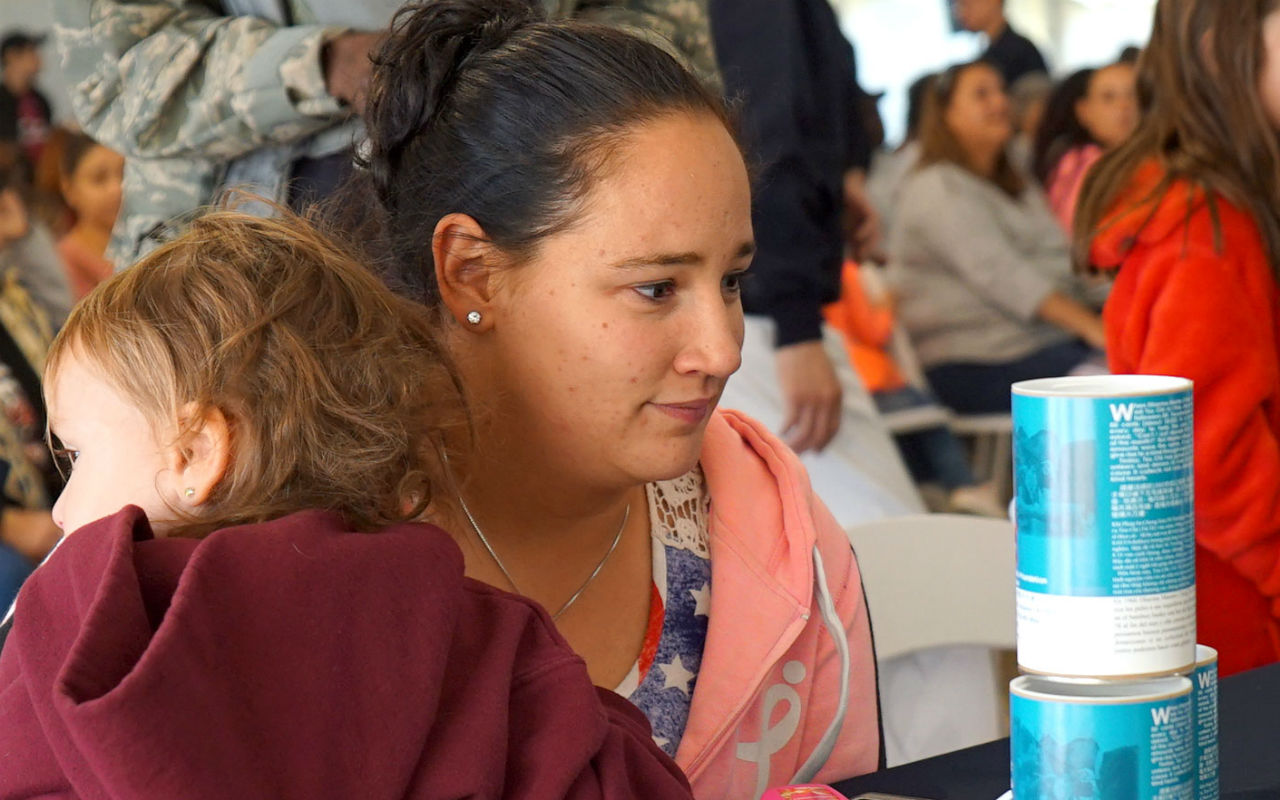 When our video team first met Steve “Skip” Culton in Chico after the Camp Fire broke out, we had no idea the incredible journey we would both take. He would go on to sing the song that would inspire hope and encourage healing for survivors and we would collaborate to produce the music video for “Another Prayer for Paradise.”

Since its world premiere on December 21st, the video has over 66,000 views and more than 2,400 shares on Facebook alone. “We couldn’t have done this incredible video without [Tzu Chi USA],” Culton said, “and my heart has been so touched by their selfless generosity.” 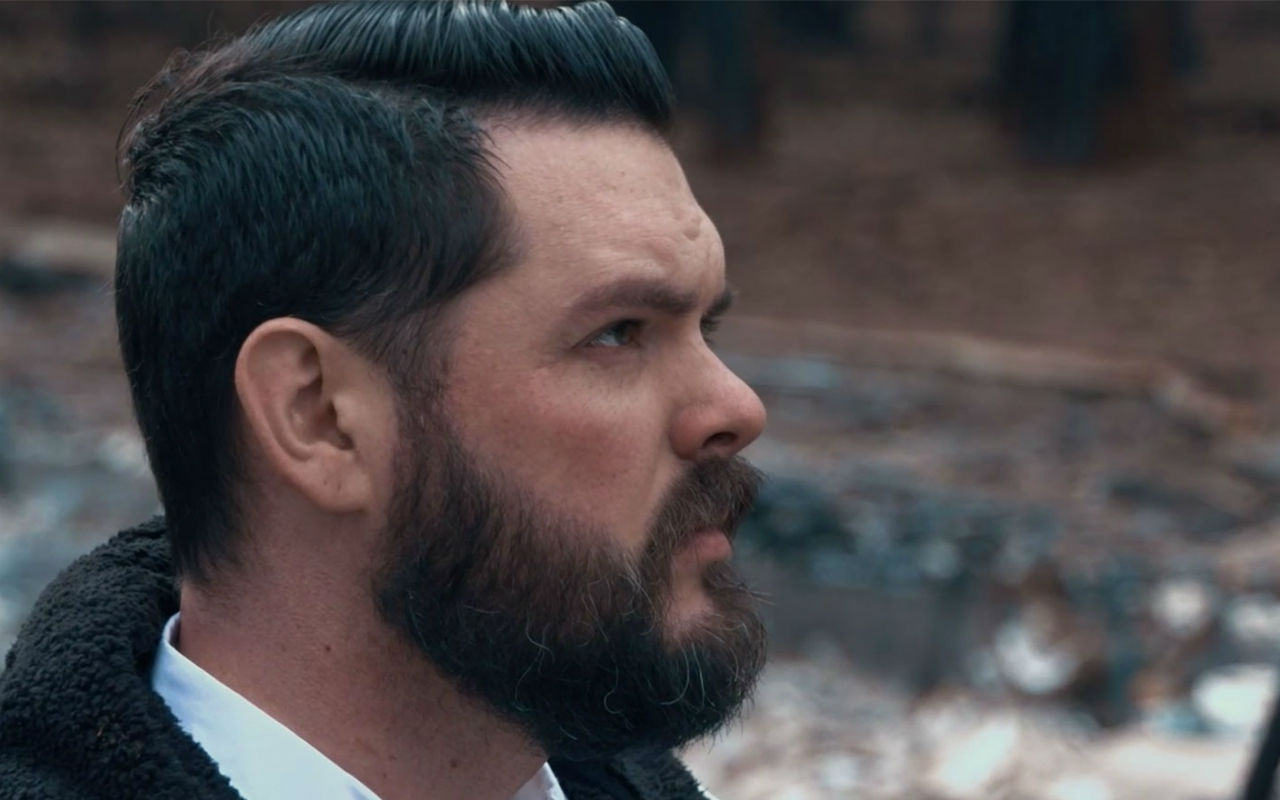 We thank you so much for supporting our work, sharing our videos, and spreading the word about compassion in action. Here’s to an amazing year ahead and to proving we can do even more when ignite compassion… from within!

Help us do more. 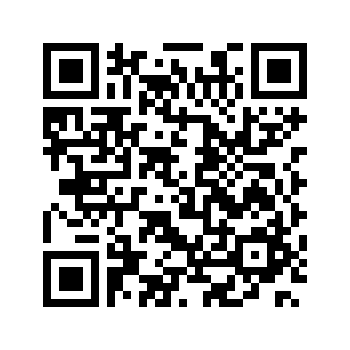