Destructive Category 4 Hurricane Ida was the ninth-named storm and the second major hurricane of the 2021 Atlantic hurricane season. Hurricane Ida made landfall at Port Fourchon, on the southeastern coast of Louisiana in the Southern United States on August 29. Its wind speed reached 150 miles per hour, and it was classified as one of the fifth strongest hurricanes to hit the continental United States. On August 30, Hurricane Ida weakened to a tropical storm and moved northeast, but the intense rainfall it brought caused severe flooding in communities along the way.

On the day of Hurricane Ida’s landfall, more than one million Louisiana residents, including in the city of New Orleans, lost power at home. Another 400,000 households in Missouri were also without power. It was forecast that the capacity to supply power in disaster impacted areas would not return to normal for the upcoming month.

After the storm weakened and headed northeast, heavy rain and tornadoes hit New York and other large cities within its path. As of September 2, 66 people in the United States had lost their lives due to Hurricane Ida, while Louisiana and many states in the Northeast declared a state of emergency.

Tzu Chi USA volunteers were concerned about the people in Louisiana affected by the hurricane and urgently sought to confirm their situation with the authorities. They learned that debris, collapsed electrical wires, trees, and stagnant water covered roads and highways in hard-hit areas, making it difficult for first-responders to enter the disaster zones. Even with roads not yet reopened and the impossibility of entering disaster areas, Tzu Chi contacted collaborating emergency relief organizations seeking other ways of assisting survivors.

With that goal in mind, on September 1, Tzu Chi volunteers reached out to Gregory Doolittle, Senior Disaster Program Manager at the American Red Cross in Corpus Christi, responsible for the implementation of the disaster services program in the Texas Gulf Coast Region. As they expressed the hope of helping those affected by Hurricane Ida, they also proactively let Doolittle know of Tzu Chi USA’s ample supplies of relief items such as eco-blankets and masks, and he was thrilled about it:

These are the supplies most needed by the [disaster survivor] who have been evacuated to Texas. I will immediately send staff to Tzu Chi to collect supplies.

In light of this, Ed Fleshman, Director of  Emergency Relief Projects at the American Red Cross, rushed to the Tzu Chi USA Southern Region office in Houston at around 11 AM the same day to complete procedures for receiving 200 eco-blankets and 10,000 masks. All the supplies filled 25 large cardboard boxes. Due to the volume of relief materials donated by Tzu Chi USA, the American Red Cross staff couldn’t fit it all in their trucks for transport. Tzu Chi Houston volunteers gladly stepped in to help, using their cars to deliver the remainder to the American Red Cross office in the city.

Hurricane Ida’s impact in the South led to power and water outages that may affect disaster survivors in some areas for weeks. At the same time, the COVID-19 pandemic is also heavily impacting the Southern United States, compounding the issues people are facing. Tzu Chi USA Southern Region volunteers had been actively doing their part to facilitate and offer relief, expecting to continue working together with partners like the American Red Cross to help disaster survivors recover as quickly as possible.

You can be a force in their recovery as well, through your care and support of our Hurricane Ida disaster relief mission. Love saves! 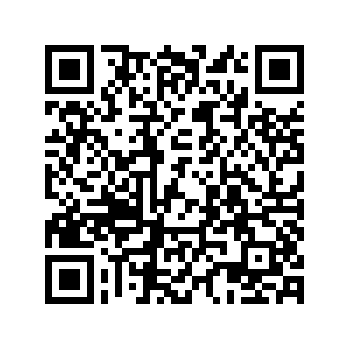