This week’s episode of Tzu Chi On-Air shares a story about how a Tzu Chi volunteer made a difference for a man who is serving life in prison.

In 1997, the Tzu Chi regional office in New York received a call from a psychiatrist stationed at the Orleans Correctional Facility in upstate New York. He said that a Chinese man serving life in prison was showing signs of suicide. The psychiatrist hoped that someone who spoke Chinese could visit this man.

The Tzu Chi volunteer who answered the phone was Judy Wang.

“It was August 1997,” Judy recalled. “I was at the Tzu Chi office at that time. When I picked up the phone, somehow I knew the call was coming from the prison. After learning about A-Peng’s case I immediately decided to go visit him.”

Since then, Judy has visited A-Peng at the prison upstate every month.

The prison is a six-hour drive from New York City. Despite the long drive, she always makes this trip, rain or shine.

“The very first time the officer told me someone was here to visit me, I was shocked,” A-Peng said. “I thought they made a mistake, because I had no contact with the outside world. It’s not possible for someone to come see me. When I saw Judy, I was immensely touched. To me, it was like seeing a family member.”

In addition to the monthly visit, Judy composes a letter to A-Peng every week. The letter was a true source of support for A-Peng, and it helped him stay afloat.

Upon discovering that he was sentenced to life in prison, she said, “I was very sad, but I told him, “A-Peng, don’t be afraid. I’ll definitely walk with you on this path. Every time I write to him, I always share with him what Master Cheng Yen taught us: When we wake up in the morning, we are like a blank piece of paper. What will be written on this blank paper completely depends on us. You just need to focus on living this day to the fullest and in the most meaningful way you can. That will be a success in your life. I believe you’re achieving it.”

Before Judy visits A-Peng, she purchases food and a few necessities for him. There’s a weight limit on the amount of items A-Peng can receive each month, so Judy must properly weigh each item. Judy not only brought A-Peng material items, however, she also instilled within him a certain strength of spirit.

A-Peng works in the prison and makes $2 per day – that’s $60 per month. Although it’s not much, whenever he learns that Tzu Chi is fundraising, he sends out a check with his donation.

“I’ve read a lot of Tzu Chi brochures and magazines, and learned about the disasters all over the world,”  A-Peng explained. “For example, I read about the massive earthquake in Taiwan in 1999. Millions of people lost their families and homes. I truly felt for them. I wanted to help, even if it was just a small donation. Master Cheng Yen said ‘When one person does good, it’s like a glass of water. When more and more people do good deeds together, it’s like water in a vast ocean, and it would never evaporate.’ I’m so very grateful to Judy, who’s shown her support for the past 20 years. Because of this, I was able to embrace the future.”

Even if A-Peng must remain behind bars for the remainder of his life, his heart no longer bears the same anguish; instead, it is now filled with compassion.

Judy and A-Peng’s story has been made into a short film called “The Peace Inside”.

Have you ever thought about what happens to a plastic bottle after you trash it? What if I told you that this plastic bottle is not trash, but can be turned into something more powerful and impactful?

Austin brings forth a very compelling discussion for this week’s Food For Thought segment: that of recycling and the impact humanity has on the planet.

Statistics state that more than one million PET plastic bottles are sold every single minute globally. However, an astonishing 91% of plastic isn’t recycled. Thus, an estimated 8 million metric tons of plastic ultimately ends up in our oceans each year, killing millions of marine animals. Moreover, it takes at least 450 years for a plastic bottle to completely degrade, creating quite a lasting dilemma.

Dharma Master Cheng Yen fully recognized this for the crisis it was, and conducted a speech which called upon the masses to “Coexist with the Earth,” and do their part in taking care of the environment. She inspired thousands that day, and those words continue to act as motivation for individuals across the globe.

Following the teachings of Dharma Master Cheng Yen, Tzu Chi environmental volunteers safeguard the planet with love in their hearts by collecting discarded PET plastic bottles one-by-one to be turned into items that benefit society. Through this reclamation and recycling process, Tzu Chi volunteers and DA.AI Technology work together to reduce the amount of municipal PET plastic waste that litters the environment, and transforms these discarded plastics into a wide array of eco-items. These range from shirts, to backpacks, to the soft and warm blankets Tzu Chi relief volunteers give to disaster survivors at distributions.

The next time you’re about to throw a plastic bottle away, remember – it could potentially become a blanket for someone who’s in need! 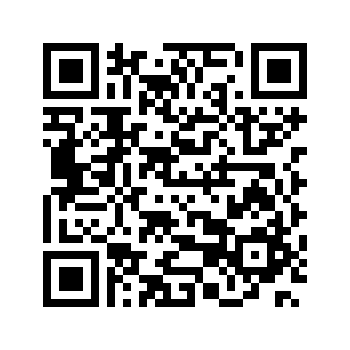