It was a cloudy morning filled with light drizzle; volunteers from both Tzu Chi New York and Brigada de Esperanza NY (in Spanish, the Hope Brigade) were preparing to hold a distribution in Jackson Heights, Queens. Everything seemed to go well, when suddenly, heavy rain began to pour. Nevertheless, volunteers continued with their mission to provide food, among other essential items, to residents of Jackson Heights and Corona.

People had begun lining up on the sidewalk, maintaining a distance of approximately six feet. Each and every one was ready to receive their bags of groceries. Among them was Maria Martínez, a Mexican homemaker who has lived in Queens for five years.

Martínez lives in Jackson Heights with her husband and two children. Her husband works in construction, and due to the pandemic, he is currently unemployed. Now, she is looking for a way to obtain food for her family. “Since the virus began, I’ve been constantly coming [to the food pantries] to get some food,” said Martinez.

In Queens, especially within the neighborhoods of Jackson Heights and Corona, there is a large immigrant population from Latin America. According to Statistical Atlas, the majority either come from Mexico, Ecuador, or Colombia. Throughout the COVID-19 pandemic, these neighborhoods have been seriously affected (more than other parts of the city) due to the increasing number of positive cases in recent months; what’s more, they are severely impacted by pandemic-related unemployment. All this has prompted Tzu Chi’s Northeast Regional volunteers at Tzu Chi NY to help.

We realized that the Latino community [in Queens] needs food… we have resources from the food banks, so we started to work together.

Working Together in Harmony

With the means to help, both Tzu Chi New York and Brigada de Esperanza NY decided to join forces. And on May 23, together they held their first event: a grocery giveaway for Jackson Heights & Corona residents. It would take place just outside of the Tzu Chi Media Production Center nestled on the border of Corona and in Jackson Heights.

As soon as the distribution began, volunteers from both organizations worked in harmony to distribute the goods to the community. While some volunteers, like Tzu Chi’s Sansan Chiang, were outside delivering the bags of food directly to people, others, such as Brigada’s Alex Bautista and his wife Ximena, were in charge of passing the bags that remained inside the office.

“They need food,” said Chiang, a Tzu Chi volunteer and the Charity Development Team Leader for the Northeast Region Office. Throughout the pandemic, Chiang realized that there were no food pantries in the Corona area; residents, many with no cars, had to go to nearby Flushing instead. In fact, she is the volunteer responsible for obtaining the donated food bags, after reaching out to companies like FreshDirect.

Once the food arrived, Chiang, along with fellow Tzu Chi volunteers, packed them in bags the day before the distribution event took place. “They have various fresh produce from food banks for the whole family,” she said.

On the other hand, Bautista and his wife took advantage of the weekend to do their part and help. The couple lives in nearby neighborhood Woodside, and it is important to them to help, especially the hungry.

I am a firm believer that God gives us the tools to be better humans, and an example of this, is being able to serve this community that is currently vulnerable.

Working as a volunteer can be exhausting at times. However, for both Tzu Chi and Brigada volunteers, this type of work brings them joy and smiles whenever they see they are providing relief for the people experiencing difficult times – especially as widespread as the COVID-19 pandemic.

During the distribution, Maria Martínez was one of the first recipients to receive the bags of groceries. Each bag provided by Tzu Chi contained fresh fruits and vegetables, noodles, rice and beans. All combined, it is enough to last a whole week. In addition, the package contained an envelope with twenty surgical masks for her and her family to use.

This event was the first time Tzu Chi and Brigada de Esperanza NY collaborated as a team. But, it was not the first time that one of its  Board Members, Dr. Carmen Velásquez, a New York State Supreme Court Justice, had met Tzu Chi volunteers.

In 2016, a 7.8 magnitude rattled the South American country of Ecuador. In response, Tzu Chi USA brought disaster aid and relief programs to help. With it, Tzu Chi Ecuador was formed.

All this was documented in the original film, Ecuador Se Levanta, which premiered in New York City. Members of the Ecuadorian community were invited, including Dr. Velásquez, the first Ecuadorian to serve as Civil & Supreme Court judge in New York State. See our recap of the screening here.

“The judge contacted us, because since the virus came, this area has been seriously affected,” Su said. The director says that Dr. Velasquez found out about the humanitarian aid Tzu Chi brought to Ecuador. Since then, she has formed a relationship with Tzu Chi NY.

Brigada de Esperanza NY is a non-profit organization established by a group of volunteers. Among them are Dr. Velasquez, Nancy Tituana, Paulina Jerez, and Conde Cabrera who are committed to helping minority communities in New York City. Their motto is “migrant brother, you are not alone, everything will be fine.” During the event, 25 members of the organization were present to join forces with Tzu Chi volunteers.

We decided to create a beautiful bond where everyone could do their part.

During the event, Dr. Velasquez herself was handing out bags of food side by side with other Tzu Chi volunteers. In fact, shortly before the distribution began, they all formed a circle for a brief pep talk to motivate and encourage one another.

Although it was the first time they collaborated together, it will not be the last. Both organizations are already thinking about making future collaboration plans. According to Tzu Chi NY executive director Su, the first step is the food distribution and next may be social aid activities.

Upon receiving her bag filled with groceries, Maria Martínez was moved by the help she received from these two organizations. “They don’t do it out of politics, none of that, they are sincere and they help lots,” she said.

And possibly in the future, she would also like to volunteer.

Help Tzu Chi USA Flatten the Curve and Double Your Impact thanks to a generous donor who will match your donation until June 30! 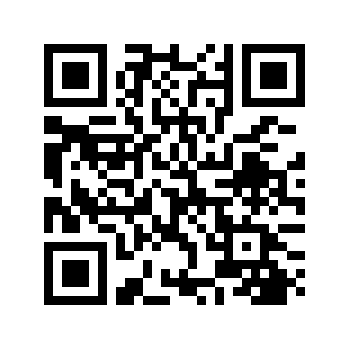