The Bootleg Fire began near Beatty, Oregon, on July 6, 2021, and upon merging with the Log Fire on July 20, became the second-largest U.S. wildfire of the 2021 wildfire season, impacting a startling 413,765 acres. As of August 15, 2021, the blaze was fully contained, and Tzu Chi volunteers in Portland soon began their assessment of the affected areas in preparation for further relief.

The first Bootleg Fire relief event was held on September 18 in the hard-hit town of Bly. Home to approximately 161 families, Bly is located in Oregon’s Klamath County, and is around 300 miles from Tzu Chi’s Portland Chapter, making it a five-and-a-half-hour journey each way.

The volunteers were truly touched by the extraordinary people who came to the distribution. During their conversations, the volunteers found that the self-sufficient people living in the town were optimistic despite their losses from the bottom of their hearts. Some locals said that it was only a matter of their possessions returning to the earth that sustained them, as they preferred to acquire much of their living essentials straight from the life that thrived around them.

Thirteen Tzu Chi volunteers in Portland had left at 4:00 AM to arrive in Bly for the distribution. Coincidentally, after an extended drought in the western U.S., rain fell on the day of their departure, bringing some long-awaited nourishment to the land.

In addition to cash cards, 26 jackets, 45 eco-scarves, 49 eco-blankets, 76 pairs of socks, and 103 multifunctional scarves hand-made by volunteers were distributed. The multifunctional scarves were hand-crafted by volunteers who stayed up late after work to have them done in time for the distribution. Tzu Chi Academy parents also donated thick, new socks and clothing to help survivors stay safe and warm as winter approached.

A Life Defined by Love

During the distribution process, survivors recalled their experiences. They said that the fire came too quickly — as fast as a “train running,” and in just 45 minutes, a large area of forest, houses, and everything else in its path had been devoured. Even though their home and material possessions were lost, many survivors, like the Andersons, were hopeful for the future. They’d been married for 57 years, and said that it was enough to simply have each other.

“We have lived here for about 12 years and have been married for 57 years. I didn’t think it would happen so fast when the fire started. Once we received the notice that we needed to evacuate, we only had an hour, and we had to escape with my wife in an emergency.” Richard Anderson and Christine (Cheryl) Anderson, both 81, have a deep love for the natural environment and the people in their community.

“We’ll stay,” said Richard. “My wife wants to spend her remaining time here. Even if everything burns down, as long as it’s her wish, as long as we have each other, it’s all worth it. Even if it means we’ll start from scratch.”

The Richardsons have also been married for 33 years. Michael and Christine Richardson moved to the area after their son bought a piece of land in the mountains. They built their own home to stay close to loved ones, but the fire had been merciless.

“Although material property was burned, we are all thankful that we are all well, and that is the most important thing. Everyone survived. Including our animals — two dogs, two cats, two chickens,” said Christine. Throughout the distribution, she held her husband’s hand with kind yet determined eyes.

These material properties are only worldly possessions. I was thinking the other day that those items destroyed by fire only returned to the earth. The most important thing is that the family is safe, and as long as there are people, [we] can start again from the heart.

Christine’s optimism and positivity truly affected everyone at the distribution. She believes that everything will get better again if everyone helps each other, just like she and her husband encourage each other and cheer each other up when they’re feeling down.

As it turned out, another member of this warm-hearted community happened to be familiar with Tzu Chi. Before she was married, Kristen had developed an interest in Buddhism. She learned the chants, and visited the Tzu Chi service center in Monterey Park, California, so she also knew that Tzu Chi was an organization founded on kindness. Therefore, when she knew Tzu Chi was coming to hold a disaster relief event, she confidently told her neighbors that Tzu Chi was a trustworthy charity, and was happy to meet the volunteers again. She also graciously accepted a bamboo bank at the distribution, and thanked the volunteers for coming.

Edwin was temporarily staying in an RV camper after the disaster, and although he experienced severe damages to his home, he expressed he did not wish to accept the disaster relief supplies. “I already have a lot of clothes and blankets,” he said, “so I want to leave the blankets you bring to those who need them more than I do.” Not only did Edwin not take the blankets home, but he also considered not taking the relief funds because he was concerned there may be people who needed the money more than he did.

The volunteers sincerely admired Edwin’s selfless love and generosity. They encouraged him to use the card to help buy the materials needed to rebuild his house in the future, and continue to pass his love on in the community. 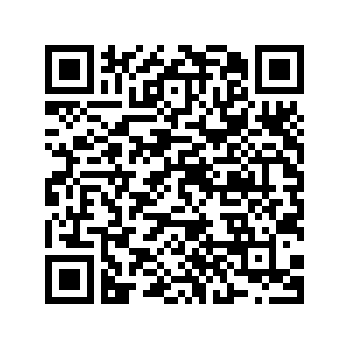