While the COVID-19 public vaccination effort in the United States began in mid-December 2020, the rollout was slow and problematic. In January, news coverage featured seniors waiting for hours in long lines, reporting that vaccine registration websites were also crashing.

People nationwide were generally stressed and frustrated due to the issues cropping up on their path to getting vaccinated. Was there anything one could do besides just hoping for things to improve? That’s what one doctor in Las Vegas asked himself.

Dr. Phan Nguyen, physician and member of the Las Vegas chapter of Tzu Chi International Medical Association (TIMA), learned that people in his community were having difficulty getting vaccinated. So, he volunteered to help by shouldering the responsibility of obtaining a supply of COVID-19 vaccines. He envisioned holding medical outreach events of the same caliber as those TIMA had previously offered to help underserved Asian communities.

However, several challenges manifested along the way as Dr. Nguyen searched for the vaccine, and despite his noble intentions, his efforts did not immediately succeed. Still, bolstered by the advice in Dharma Master Cheng Yen’s Jing Si Aphorism, “Life is beset with difficulties, but with a determined heart they will no longer be difficult,” he persisted.

Since Dr. Nguyen’s initial ideas for obtaining the vaccine had not been fruitful, he decided to post a Facebook message. Lo and behold, a response was quick to follow. Dr. Nguyen’s outreach initiative touched Dr. Rebecca Edgeworth, a community-minded physician in Las Vegas, as well as several medical students eager to assist in community vaccination efforts. Their willingness to help launched a domino effect of activity.

Dr. Edgeworth managed to influence the State of Nevada’s Department of Public Safety Division of Emergency Management – Homeland Security to provide 300 doses and later 500 more doses of the Moderna vaccine to Tzu Chi USA’s Las Vegas Service Center.  And on February 7, TIMA volunteers mobilized to conduct the first vaccination event at the service center, where 323 Las Vegas residents got their first dose of the vaccine. That group received their second dose on March 7, when a total of 546 residents were vaccinated.

The two vaccination events at Tzu Chi USA’s Las Vegas Service Center only materialized due to the compassion and determination of two doctors, Dr. Nguyen and Dr. Edgeworth. And the service of Tzu Chi and TIMA volunteers and a group of medical students made everything possible during the medical outreach.

On February 7, working non-stop from 8 AM to 3 PM, the team vaccinated 323 residents within seven hours. And on March 7, while the number of doses administered increased by over 200, the team completed injections for the 546 residents at the event by 3:30 PM.

Tzu Chi volunteers efficiently utilized iPads to register residents arriving at the events and began the process outside by moving down the line of people waiting, which sped things up and prevented large crowds in any one spot. At the second event, the volunteers also worked in two teams; one registered those returning for their second dose, the other those coming for their first one.

After this vaccination mission was complete, the team gathered inside the service center to celebrate in gratitude for how it all came about. First, they prayed together; then, some shared their thoughts. Dr. Nguyen took the lead to speak and highlighted an auspicious fact about the timing of when Dr. Edgeworth received doses of vaccine for the events:

President John F. Kennedy once said, ‘Ask not what your country can do for you – ask what you can do for your country.’ In times of crisis, we’re really lucky to have so many things. The gifted people are here to accompany and give. Dr. Edgeworth received 500 doses of vaccine as a birthday gift on her birthday yesterday.

Tzu Chi volunteer TsuiLin Venezuela held up a candle-lit birthday cake as everyone sang Happy Birthday, and Dr. Edgeworth walked over to take the microphone to say, “Thank you!”

Christine Fisk, the Director of Tzu Chi USA’s Las Vegas Service Center, expressed her appreciation to everyone for helping at the events:

It’s nice to meet you all. Today is another wonderful Sunday in Las Vegas: There are people like you, and we accomplished our mission. Master Cheng Yen taught us, ‘Wholeheartedly contributing ourselves to benefit humankind cultivates great merit.’ We’re here to serve those in need, and they deserve our respect, love, and care. We thank you again, and please give each other a thumbs up!

Other community members had also supported the vaccination initiative in their way. For instance, two local restaurants  sponsored it by providing lunch for all the volunteers at the events.

Dr. Nguyen, who got the ball for the mission rolling, was extremely grateful for how each person had done their part, as the outcome was only possible thanks to everyone’s collective effort.

We thank Tzu Chi, Dr. Rebecca Edgeworth, the team of medical students, and all the volunteers. Without the extensive preparations, there would be no vaccination event. Students came to volunteer on their day off without pay or credits just because they care about their community and want to be part of this community.

Yet perhaps it was the residents of the community themselves who were most grateful, now feeling safer during the pandemic having received the vaccine. Take Conrad Pagkaliwangan, for instance, who is of Filipino descent, and arrived an hour before the scheduled start of the second vaccination event since the line grew long at the last one. Conrad has Parkinson’s disease, and although his hands and feet trembled as he spoke, he felt safer and more confident about his situation now, having received his second dose of the vaccine.

Margaret, a 70-year-old Las Vegas resident, immigrated to the United States from Mexico some 30 years ago. With an independent personality, she rarely bothers her children for help. However, as she was having problems getting an appointment for vaccination, Margaret reached out to her daughter Yolanda.

By lucky chance, Yolanda is a work colleague with a Tzu Chi volunteer and found out about this vaccination outreach. Finally, her mother was able to get vaccinated. Yolanda was so thankful, sharing that she had run into challenges on many registration websites and had almost given up when she learned about the Tzu Chi events.

Johama, who’s from El Salvador, had been trying to get his mother-in-law vaccinated. At 80 years old, she has a weak immune system, so Johama was concerned and most eager for his mother-in-law to receive both doses as soon as possible. Unfortunately, he had discovered that there are too many vaccination stations with long lines and wait periods at registration.

Thankfully, Johama found the experience with Tzu Chi quite different, explaining, “Tzu Chi’s computer system is user-friendly, and registration is easy and smooth, requesting the necessary information with details explained, which makes us feel reassured!” He was also delighted at how the medical professionals at the event greeted his mother-in-law in Spanish. He saw how everyone was treated equally, no matter their ethnic group.

Gengxing Lin had initially come to the U.S. as an international student from Malaysia when he was young. He had stayed and was now much older and retired. Although he’s fluent in English, the small fonts on many vaccination registration websites are difficult for him to read, so he didn’t even go online to try and register. Fortunately, he learned about the Tzu Chi events at the Las Vegas Service Center and was glad to come, saying, “Thank you, Tzu Chi, for your help, so that both the seniors and the young residents in the community can stay healthy!”

After receiving the vaccine, each resident had to sit in the observation area for 15 minutes and leave only after confirmation of no complications. The Tzu Chi team set up a booth to recruit volunteers there near the exit. They also had the opportunity to share more about Tzu Chi’s missions and history. Some were inspired when they learned about the Bamboo Bank, and 34 bamboo banks were “adopted,” which means people took them home.

Some people had attended previous Tzu Chi events, and 13 brought back a bamboo bank filled with donations. Six other generous donors wrote a check to support Tzu Chi Medical Foundation’s fundraising gala on March 20. So the spirit of love and care was alive and well at the vaccination events, not only among those offering care but also those receiving it.

With your support, missions such as this become possible and benefit so many. Won’t you join our family of love and care? 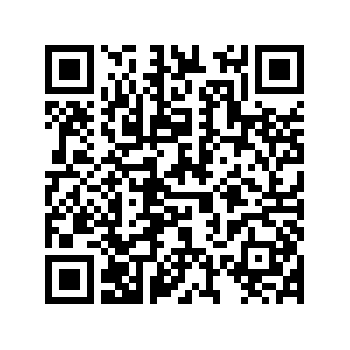