There’s a story behind each delivery by Tzu Chi volunteers of personal protective equipment (PPE) for healthcare institutions in need during the COVID-19 pandemic. Tzu Chi USA’s donations of PPE are only possible due to the joint initiative, effort, and diligence of everyone involved.

In this blog, Hung Chin Lin, a volunteer from the Raleigh Service Center of Tzu Chi USA’s Greater Washington D.C. Region, shares how he joined the aid effort and participated in the delivery of PPE to Wake Forest Medical Center in North Carolina.

On May 28, Tzu Chi volunteer Chiuyueh Hung called me and asked if I could help deliver a batch of PPE to Wake Forest Medical Center (WFMC). In my mind, I’m thinking, “I’m not sure,” but Sister Chiuyueh and a team of volunteers had already successfully donated a batch of PPE to East Carolina University (ECU).

I seriously considered participating in the donation to WFMC because I already missed the opportunity to help with PPE delivery to ECU, and my decision to go ahead was thanks to Sister Chiuyueh.

During our phone conversation, she shared the details of donating to ECU and her volunteer experiences in recent years, participating in Tzu Chi USA events and Happy Campus activities in the High Point and Greensboro area. This PPE delivery should be similar to the one for ECU, and it’s definitely going to be a “mission possible,” I thought.

However, although the situation was similar, there could be an issue at WFMC. The PPE we would be donating is made in China and only comes with a manual written in Chinese. It might be difficult for the departments in the hospital to understand the product specifications. There’s a doctor from China at ECU, and he helped explain the specs to staff there, so there were no problems, but what about at WFMC? It was agreed that our team would discuss this potential issue with WFMC in advance of the donation.

Sister Chiuyueh then told me more about WFMC, a hospital in the Wake Forest Baptist Health (WFBH) medical system. WFBH is a Christian healthcare institution with a teaching hospital (WFMC), children’s hospital, cancer treatment center, and four medical centers, serving more than 1.6 million people in the Greater Greensboro area. Nearly one-third of children in Winston-Salem, part of the region, live below the poverty line.

The Tzu Chi team first had to find a contact address for donations, which we did through the WFBH website. We then sent an email with a brief introduction about Tzu Chi, including the Tzu Chi USA website link for further information, and referencing the donation to ECU a few weeks prior. The hope was that the correct contact person would reply as soon as possible so we could proceed with our donation plans.

On the afternoon of June 2, I received a reply from Angela B. Carleton, Senior Development and Alumni Events Coordinator at WFBH, which stated that hospitals in their healthcare system urgently need PPE. She said they were glad that we could provide medical supplies, and WFBH would do their best to cooperate with us. After discussing with Sister Chiuyueh, we agreed to deliver the PPE they needed to WFBH’s High Point Medical Center (HPMC) as soon as possible.

We replied to Angela immediately and asked her to help arrange a contact person for our delivery of donated PPE. She called me on June 3 and informed me that Cynthia Gandee, Administrative Assistant at HPMC, would be ready to meet us when we arrived, and so we scheduled to make the delivery the very next day.

On June 4, our team of volunteers traveled to HPMC in three separate cars for safety reasons. We pulled up at the loading dock at 601 N Elm Street in High Point at 11:50 AM, and called Cynthia Gandee to let her know. She arrived shortly after, accompanied by Cindy Hill, Data Entry Specialist, to accept the donation on behalf of the hospital.

Cynthia signed for the PPE supplies that included masks, safety goggles, and protective coveralls. During the short encounter with Cynthia, we introduced Tzu Chi’s origins and missions, and gave her a letter of thanks from Tzu Chi.

Her colleague Cindy Hill was impressed with Tzu Chi USA’s continuous support in the community, helping residents in need in High Point, and providing hurricane relief in Raleigh and flood relief in Lumberton.

In the hope that they will join us in serving the community together in the near future, we also introduced Tzu Chi’s medical and environmental protection efforts. The team shared the meaning behind Tzu Chi volunteers’ blue and white uniforms, as well. At the conclusion of the delivery, we gave Cynthia and Cindy a gift with the word “peace” inscribed on it, the importance of which we can all appreciate in this world.

After the meeting, the volunteer team shared their thoughts. We all felt that giving is a blessing, especially being able to deliver PPE to the hospital during the pandemic and having the opportunity to help and protect the safety of frontline medical workers and patients.

We also expressed appreciation for each other’s efforts. Special thanks went to Stephen Chen, the son of Tzu Chi volunteer Linda Wang, who’s usually at work but took the time to drive his mother and participate in this PPE donation. We were all happy to see Stephen’s compassion in action. Thanks also went to Chia-Jung Wu for taking this three-hour trip with me to help and accompany me in driving safely.

May all minds be purified, may society be peaceful, and may there be no disasters in this world. But if there’s a need for help, Tzu Chi volunteers are always here, first to arrive and continue on a path of service that brings others and ourselves hope. All the volunteers from Tzu Chi USA’s Raleigh Service Center are steadfastly at the ready to proceed along this journey together.

Please support the efforts of Tzu Chi volunteers across the United States, as they strive to be of direct aid to those in need during the pandemic, and beyond. 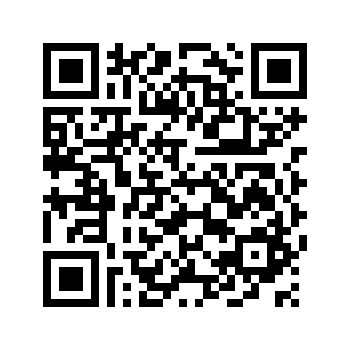