For many children, gaining an education and the opportunities that come along with it serve as a profound source of hope. This can especially be so for students from underserved populations and children who are homeless. For those who already struggled before the COVID-19 pandemic occurred, however, the future seems increasingly bleak. Studying and participating in class remotely is difficult for these children, and the lack of sufficient food only makes matters more arduous.

From December 7th to the 15th of 2020, volunteers from Hawaii delivered 23,000 packs of Jing Si Instant Rice and noodles to homeless families in Oahu. Through the Department of Education, Wing Hui, the Renewal Specialist for Nānākuli-Wai‘anae Complex Schools and her team oversee all nine Nānākuli-Wai‘anae Complex Schools, assisting more than 600 homeless students with continuing their education.

“Our job is to ensure that these children’s basic needs are met, can continue to learn, hoping to realize their potential, and then change their destiny and change their future.” Wing Hui felt distressed. The children who had been having a hard time in the first place now acutely felt their situation had become far worse. “Before the outbreak, these children were already in need of help and lacked food and clothes. We went ahead and found donations or used our own funds [to purchase some essential supplies].”

One out of every four children in the United States goes hungry, and our community is also greatly affected. There were many unemployed and homeless people. After the pandemic, the situation became worse.

Boxes of Tzu Chi’s Jing Si Instant Rice and noodles are sent to the school district’s storage to be organized and then delivered to homeless households by the school’s staff. However, these households may be residing in temporary tents, a vehicle parked in a lot by the beach, or the family may be staying with several other families in a house. This made finding the families difficult.

A member of Wing Hui’s team named Jeanna Hurt serves as the Community Homeless Concerns Liaison for the Nānākuli-Wai’anae Complex with 21 years of experience in community care. She explained that the policy of prohibiting gatherings outdoors has made many homeless families move around more erratically. “Because of the stay-at-home order, our students’ families are scattered everywhere, and more homeless families come and go in our school district. This kind of coming and going makes tracking them more difficult.”

There are also concerns over the inability to properly observe students while they learn remotely. Although the school can provide remote teaching equipment, the students who live in an unsettled situation cannot get their equipment charged or connected to the internet.

“Give them computers and wireless internet access so they can continue to learn.” There was distress in Jeanna’s eyes. Every time she visits the families, she sees these struggling children firsthand. They’re trying to learn online, but there are also a series of roadblocks they continue to face. “Many buildings or stores are not open, or not allowed in to charge the equipment. So, if their computer runs out of power in the middle of class, they’re lost.”

During the pandemic, student attendance dropped dramatically. Many parents can’t accompany their children and make a living at the same time. So, with no one to supervise their children, some simply don’t log in to class. Some students also do not know how to use the remote teaching tools without a parent at their side.

“If they are absent from school for five consecutive classes, we will find these students to understand why they can’t log in to online classes. If a family has too many children attending classes at the same time, it’s simply hard to afford the equipment and responsibility from the parents. If their parents.” Jeanna paused thoughtfully, then continued. “But many homeless teens don’t have parents.”

After mid-August, many technical issues had been improved for the beginning of the new school year, and every homeless student can get a laptop computer for online classes. But new problems arise when the laptops become lost or stolen in their precarious situation.

We have so many students that are not going to pass this year, because not only the schoolwork needs to be completed but also the instruction time.

The team of professionals works hard to help homeless families overcome these challenges because they believe that education is the key that empowers children to transform their future. They also emphasized that all donations are welcome, as the monetary support can help improve the students’ situation and meet their basic needs.

“Donations from anywhere can make our work go more smoothly. Stationery, cleaning and sanitation supplies, and when we visit these families, their first response was that they have no food,” Jeanna said with emotion.

The child can’t concentrate when sitting in front of the computer with his stomach empty. So food donation is very important. We’re very grateful for Master Cheng Yen, who’s donated 23,000 bags of [Jing Si] Rice and noodles, that’s been so important! The families are very grateful. They love it and it’s been very well received.

Donna Manibog, who serves as the Community Homeless Concerns liaison at Nānākuli-Wai’anae Complex Area School, was in the process of visiting homeless schoolchildren’s families, and witnessed their happiness when they received the rice. While the government provided all kinds of food, they were unable to provide staples such as rice and noodles. “Some of our donated food is canned food; some are fresh fruits and vegetables, and there are also frozen meats or soups. The only thing we don’t have is rice. There is no rice in the donated items, but the staple food of Hawaiians is rice, so we’re grateful The [Tzu Chi] Foundation brought us the rice.”

“Master Cheng Yen gave us a lot of food, not just solid food, but food for the soul.” Wing Hui is a great advocate of Tzu Chi’s Jing Si Instant Rice distributions for underserved families in Hawaii’s schools, and has known Tzu Chi for nearly 20 years.

“We have come to the United States through difficult times; we didn’t have money, a social life, we’re in cultural shock and away from parents. So we need to join a group, just like family, who can connect with you. I believe that’s what every new immigrant has in mind.”

“I came here just after graduating from college,” Wing Hui recalled. “At that time, I was a newlywed and my nephew wanted to learn Chinese, so we went to the Chinese school at Tzu Chi. And because I also believe in Buddhism, when I was chatting with Tzu Chi volunteers, they learned that I was a college graduate and speaks Chinese. So they asked if I could teach Chinese.”

Wing Hui became a teacher at Tzu Chi Academy. Through this experience, she realized how much she enjoyed teaching children, and decided to further her own studies so she could specialize in special education. “I later became a Special Education teacher. With a busy life of children, work, and my father who is seriously ill in Hong Kong, I didn’t insist on staying at Tzu Chi.”

Wing Hui cherished her time with Tzu Chi. Even though she had changed jobs, she never forgot the teachings of the “Twenty Challenges to Enlightenment” from Dharma Master Cheng Yen.

“What I want to say is that I saw a book in the library of Tzu Chi Academy and read it. It was a book by Master Cheng Yen. I remember the first challenge and the second challenge, I’ve never forgotten it. There are twenty challenges. The first challenge is poverty. Poverty is not just a matter of money. If your inner needs are satisfied, you’re rich. Then you’ll be willing to give. I remember this sentence clearly in my mind.”

After the COVID-19 pandemic struck the nation in 2020, Tzu Chi volunteers in Hawaii got in touch with Wing Hui at a distribution event in the local area.

An enlightened life means knowing how to give and create blessings.

I know that everything in Tzu Chi has a deep meaning in it. There are many vegetables in the Jing Si Instant Rice. In addition to bringing nutrition to the homeless population who are not in good health, I also hope that it brings kindness and thoughts of how to care for the environment are passed on to the children, so that they grow up healthy both physically and mentally.

A lasting friendship brought Tzu Chi’s Jing Si Instant Rice to the schools, hoping to help nourish the homeless children both bodily and emotionally in this extremely difficult time. And through these distributions, volunteers hope that the children know their Tzu Chi family is here for them. 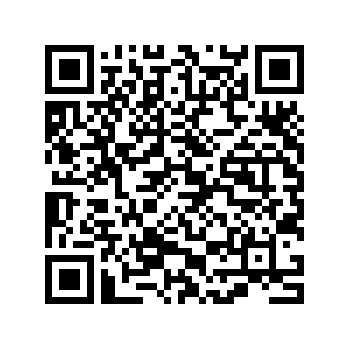